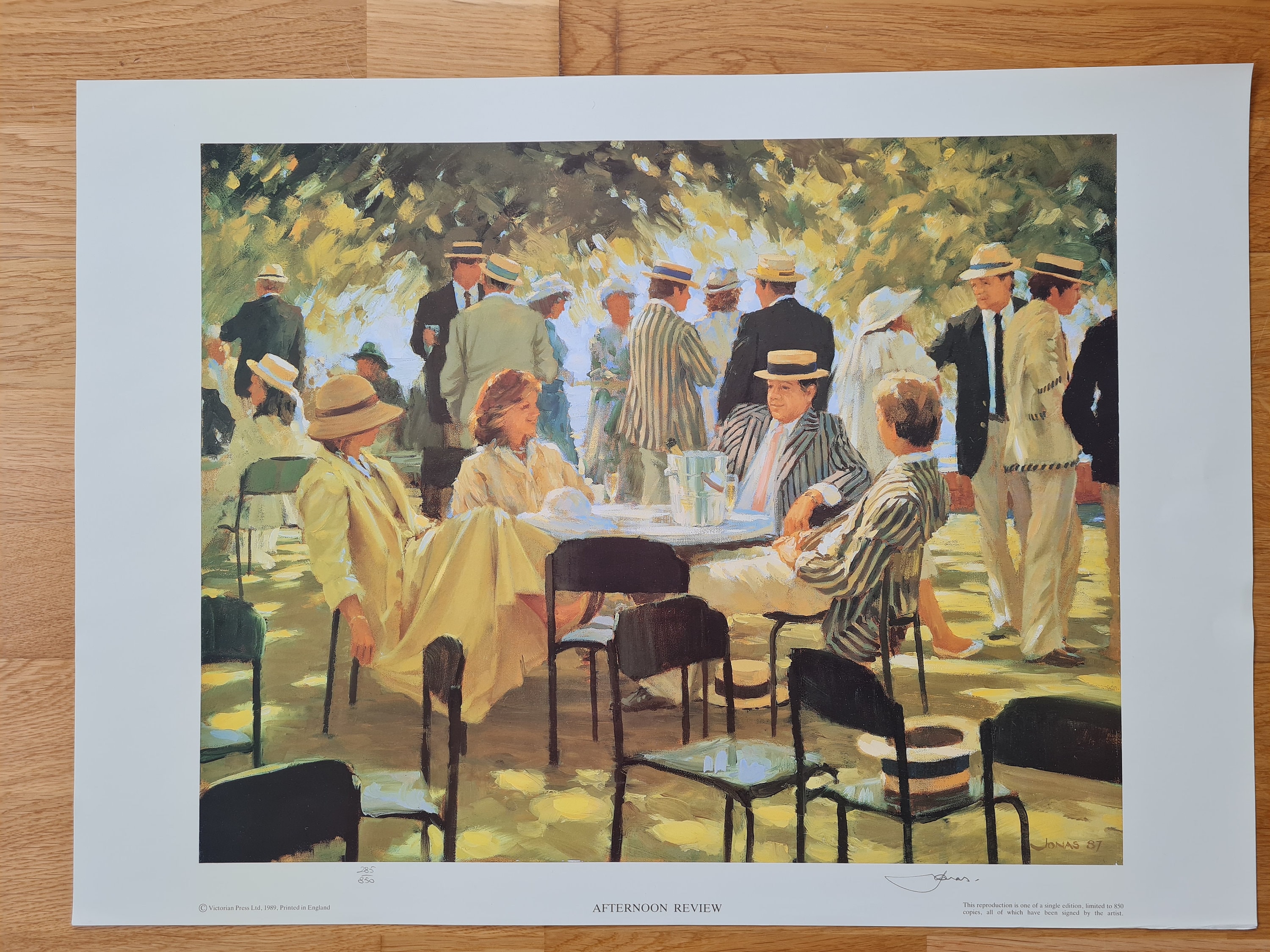 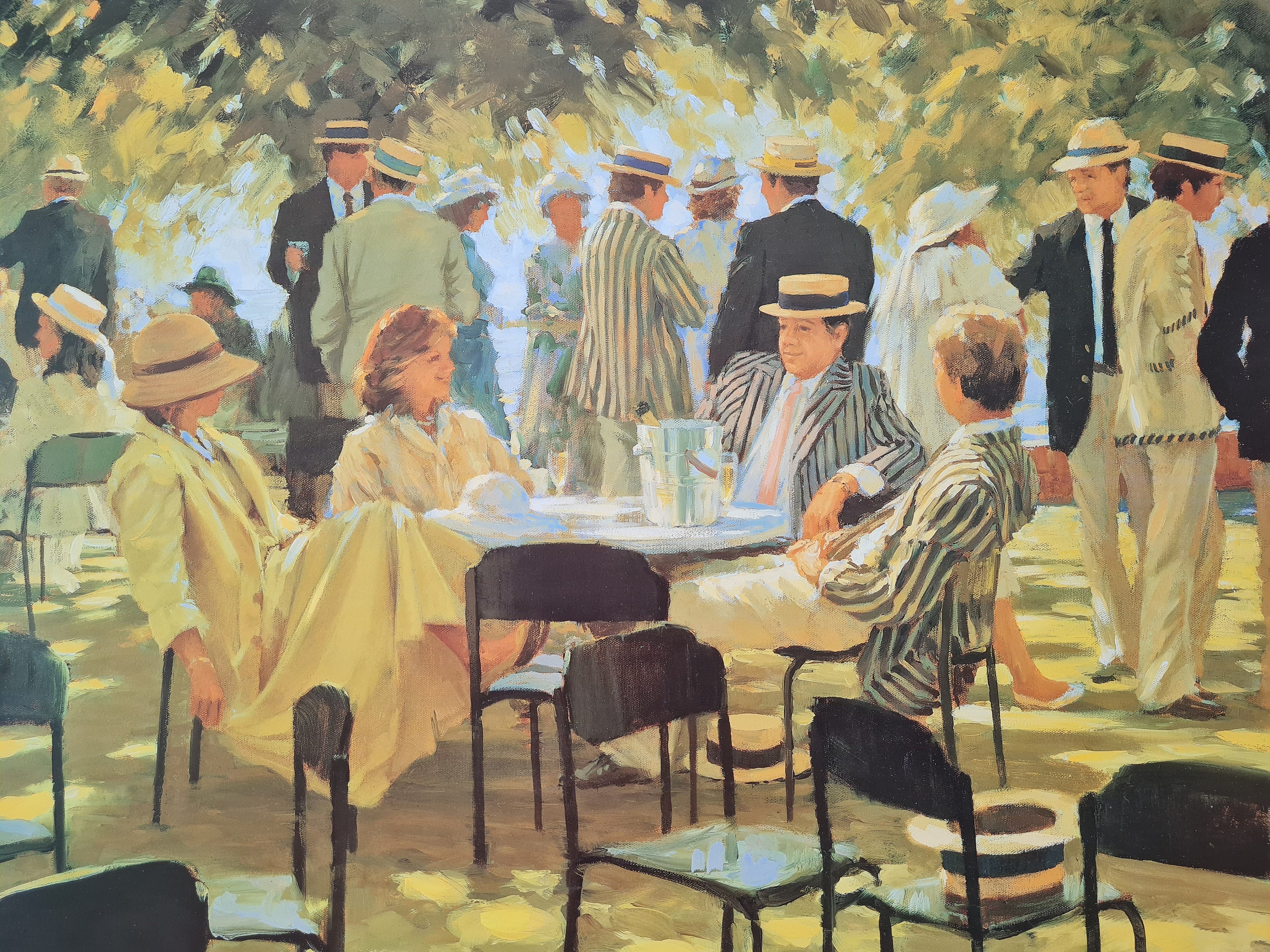 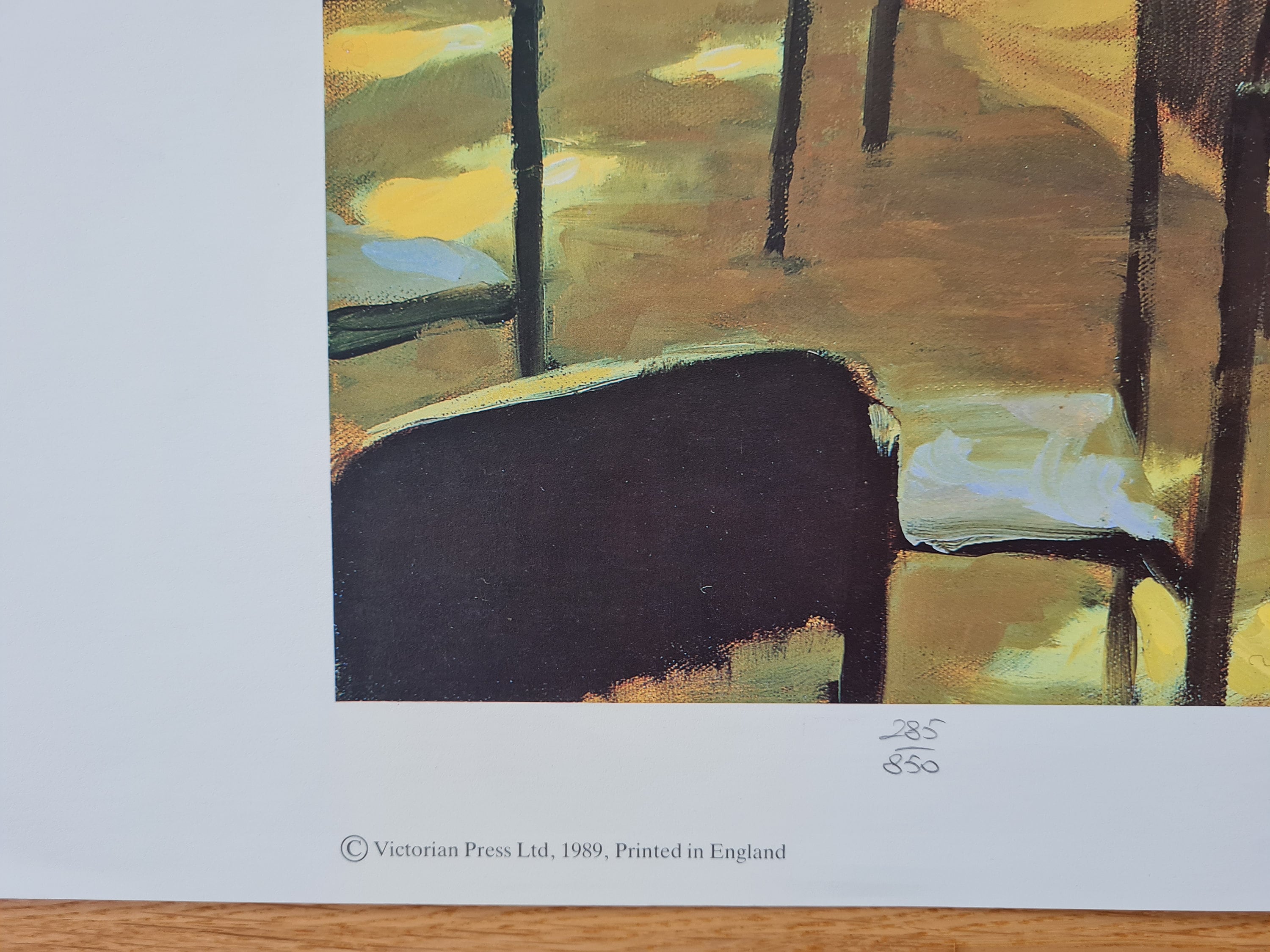 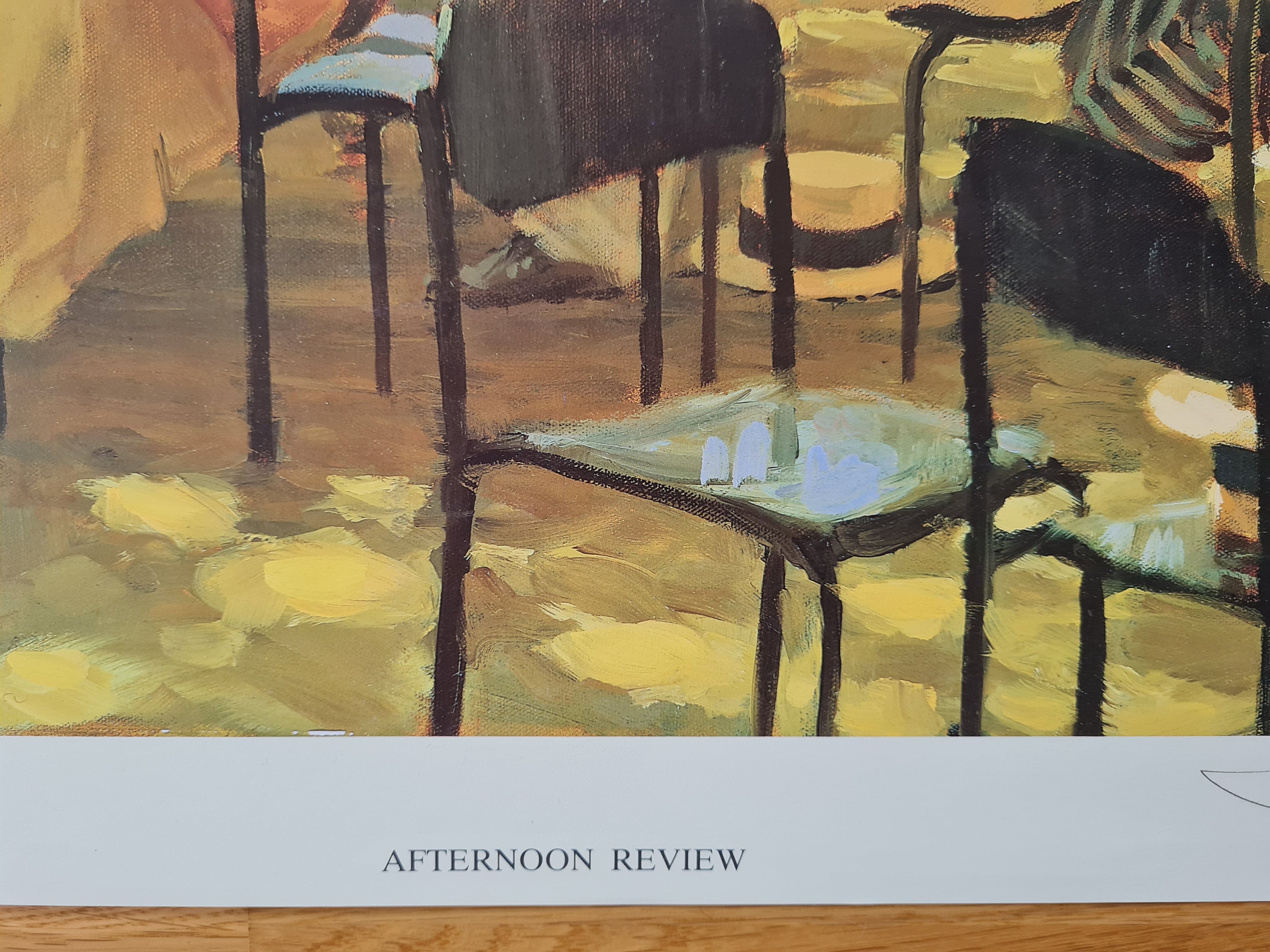 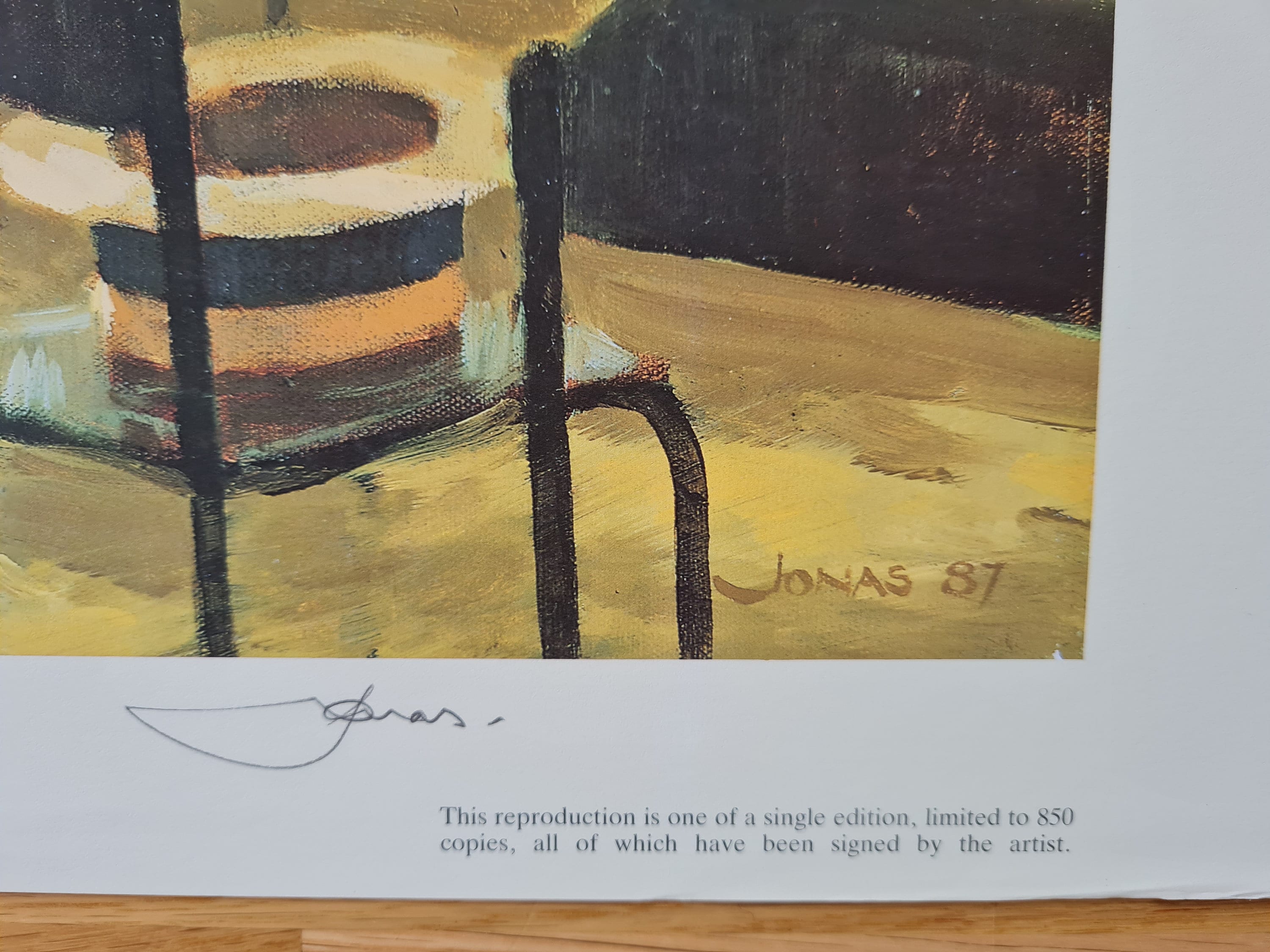 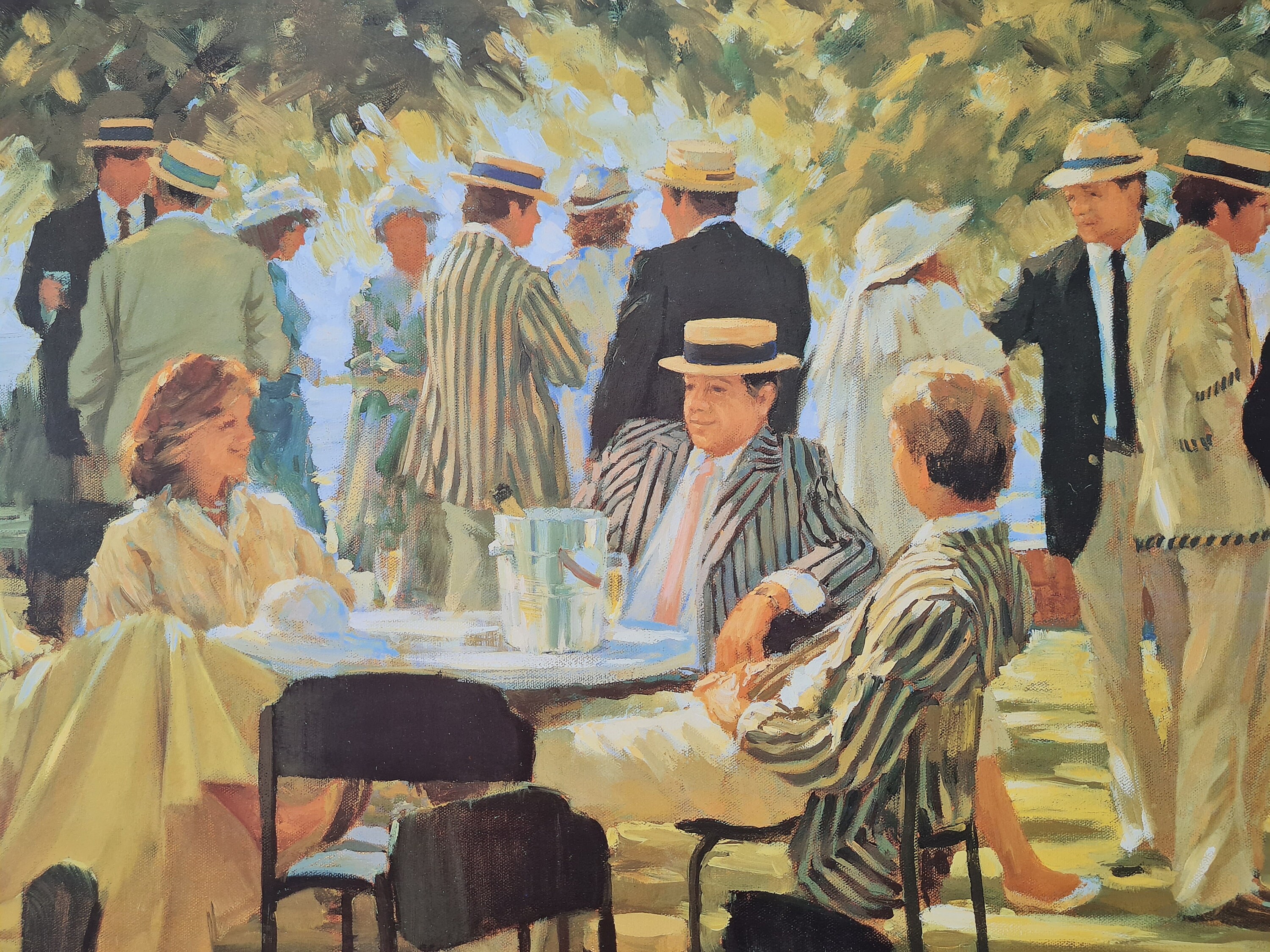 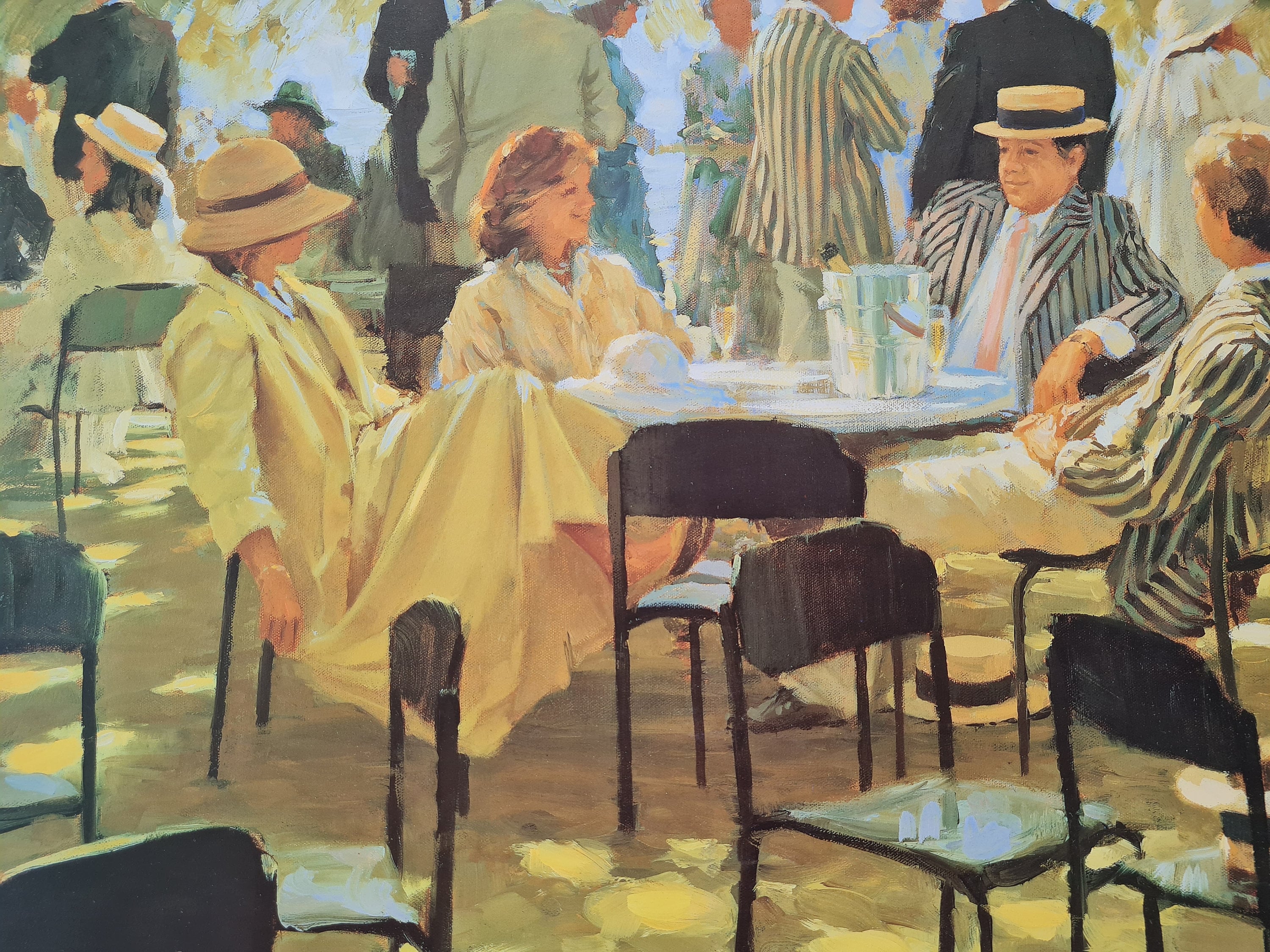 It is a scene from Henley Regatta in vibrant colours. They are signed and numbered in pencil by the artist.

The original was painted in 1987 and these prints are by Victoria Press Ltd dated 1989.

The entire sheet measures 60 cms x 43.5 cms but can be trimmed a bit if required.