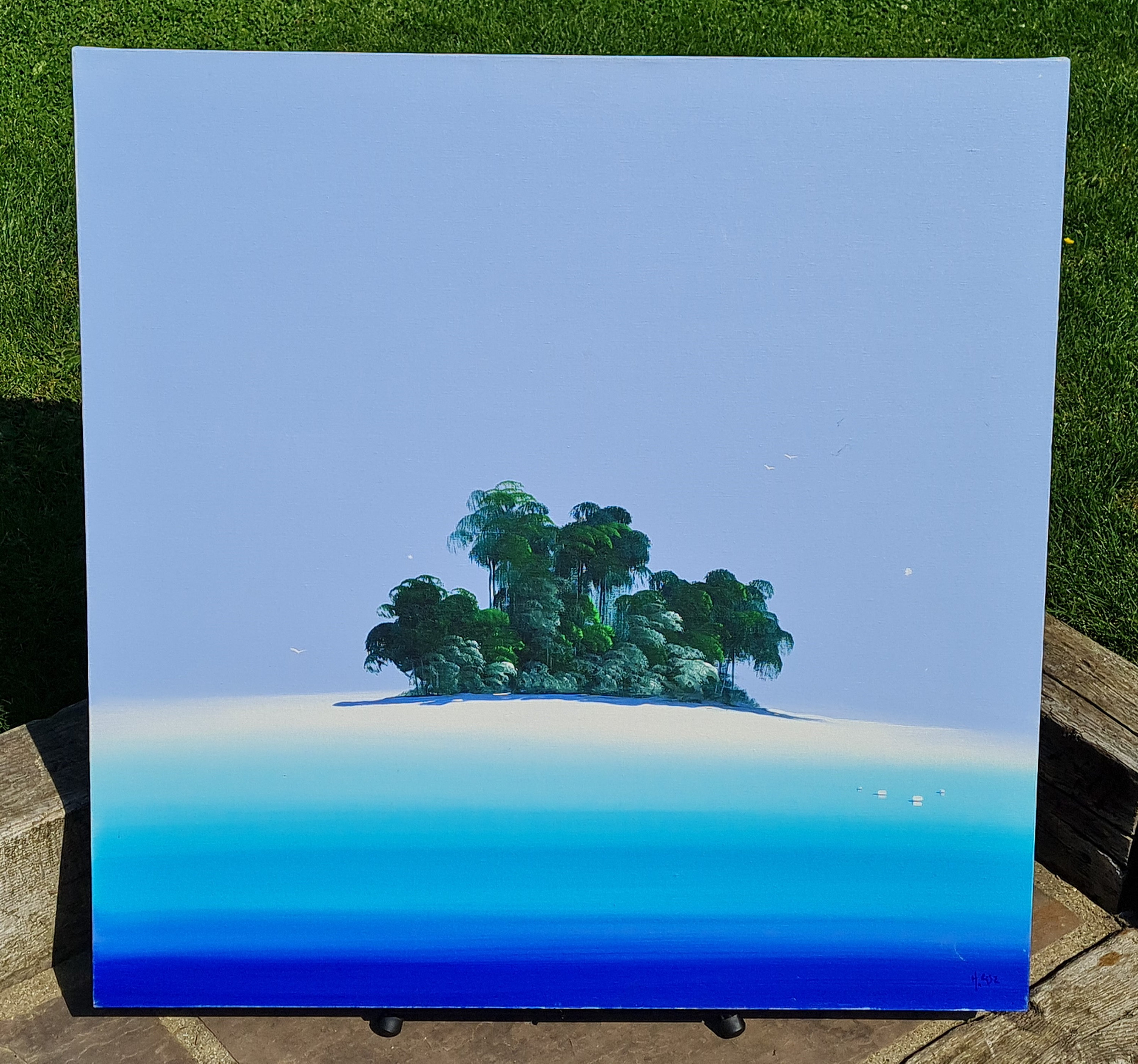 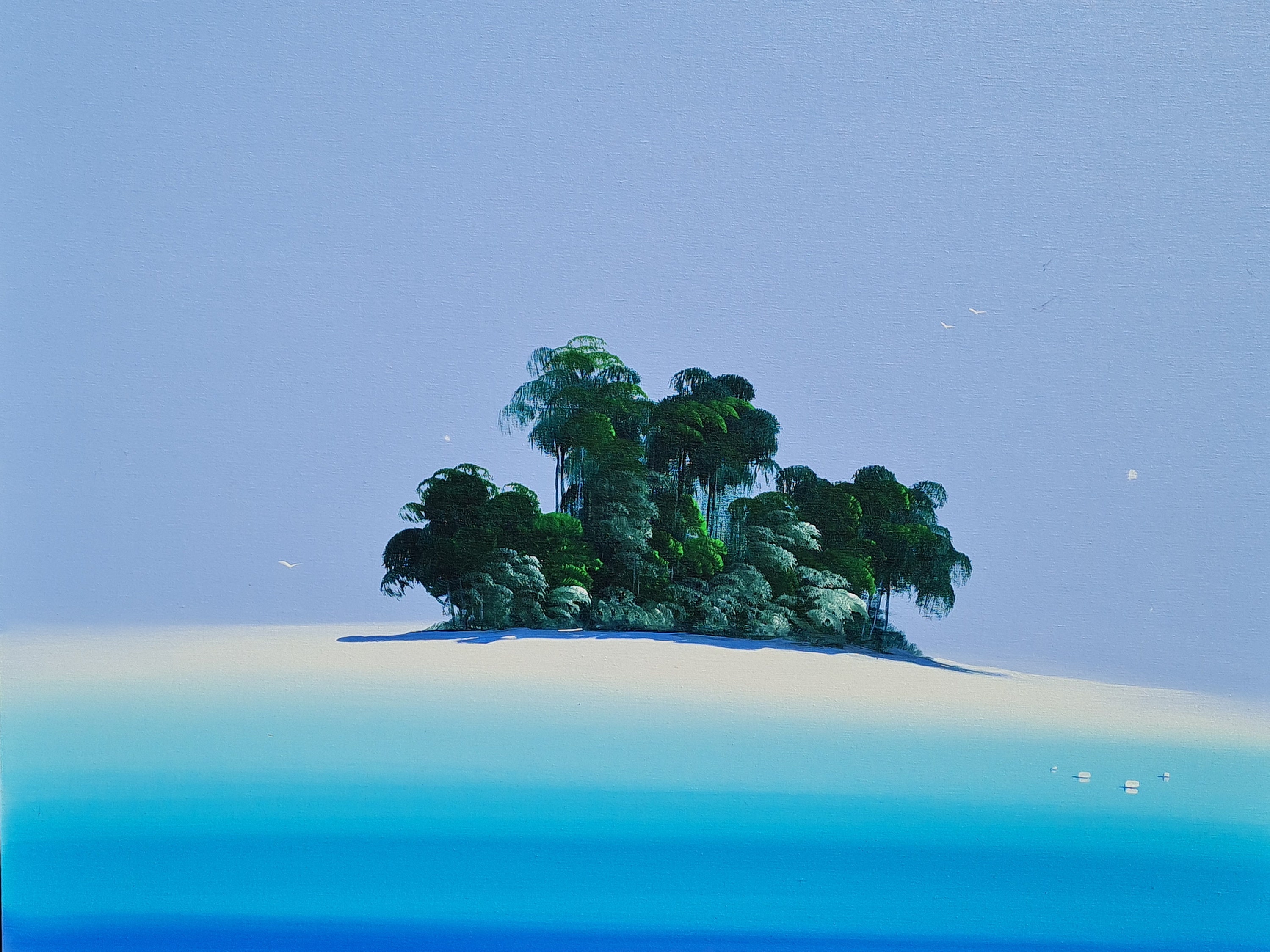 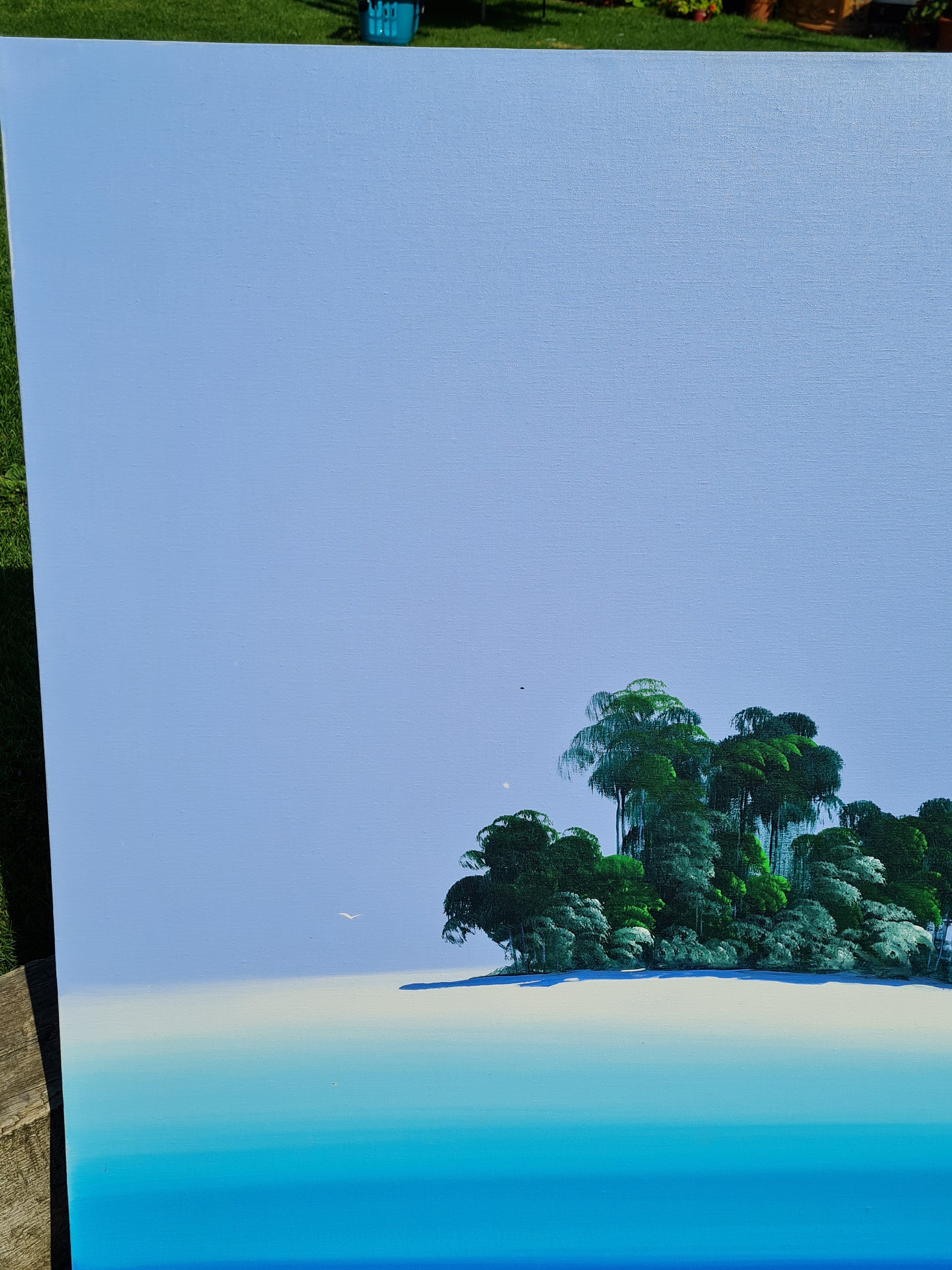 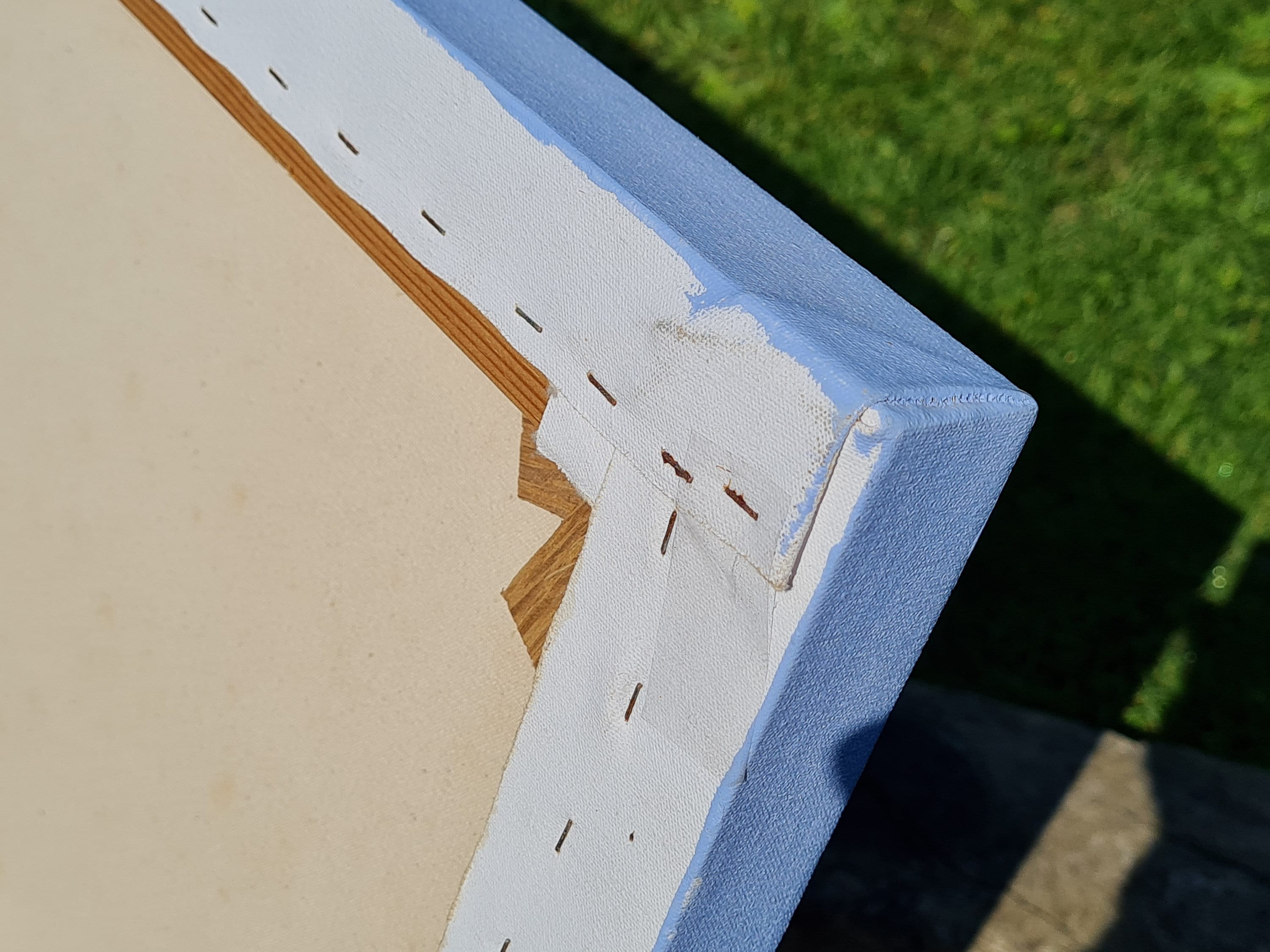 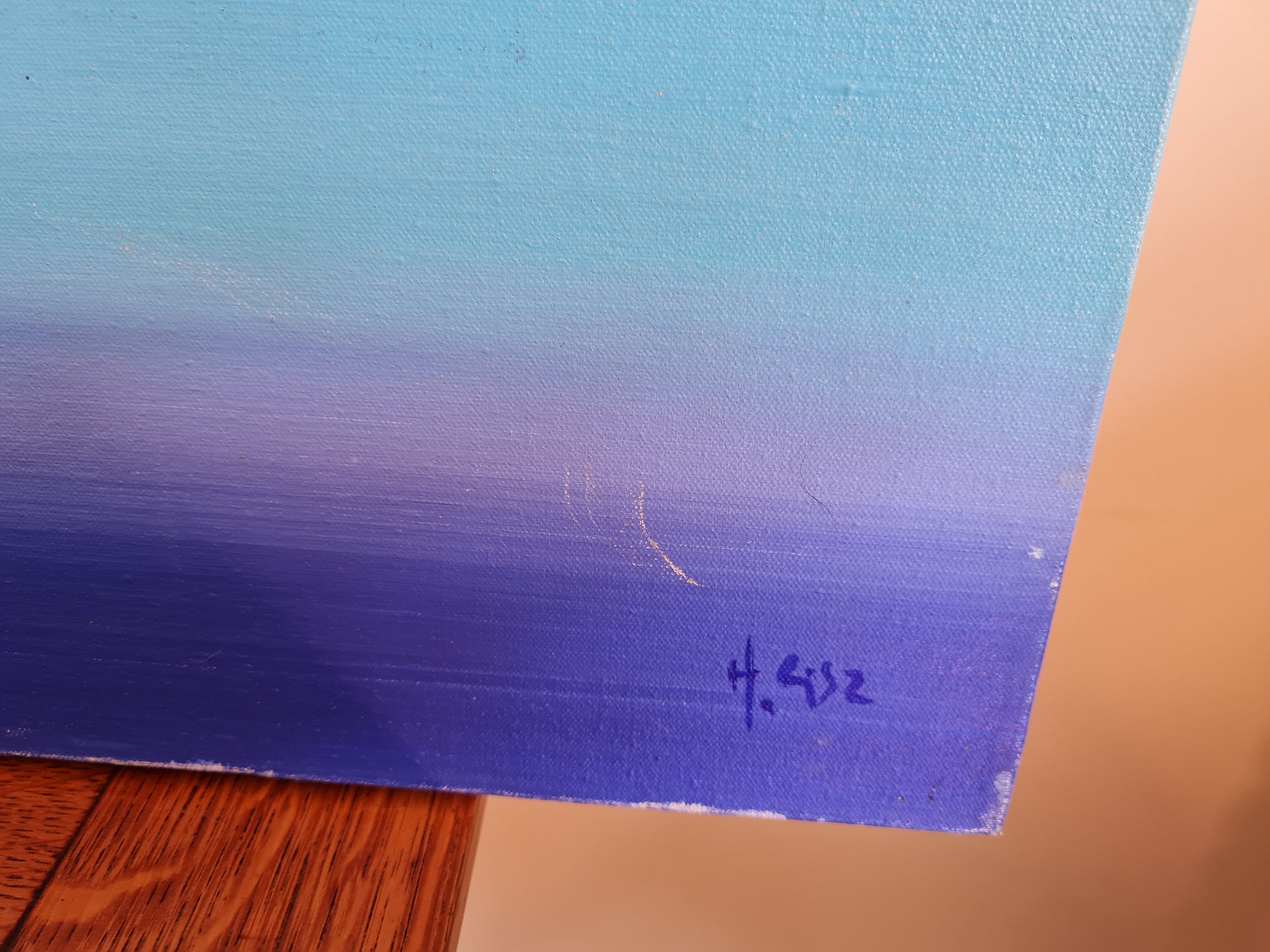 Henderson Cisz (Brazilian born 1960) is an international acclaimed and award winning artist with a global following.

This is an absolutely stunning original acrylic on canvas painting of a tropical island. He normally paints urban scenes but this is very different.

It is a picture everybody says you just get lost in!

Originals sell for £000's and a quick google search will show his popularity.

Will have professionally couriered or collection from Mid Sussex.

Henderson Cisz is quite simply the quintessential artist of urban style. Like the cities he paints, his artworks represent a meeting place between the traditional and the contemporary, for while they are classic examples of a long established genre, their interpretation and execution places them firmly in the 21st century. Exhibiting his work all over the world, Henderson enjoys a large following of individual and corporate collectors and has received an impressive range of accolades and awards including the John Solomon Trophy and Artist of the Year in 2007. He has also been the subject of two best selling art books.

Born in Brazil in 1960 Henderson began to paint seriously in his teens. He began to gain something of a reputation locally and by the mid-1980s he decided to leave Brazil and take up painting full time. His first stop was London. Some friends advised him to try the corner of Shaftesbury Avenue painting portraits of passing tourists and such was his success that he started to spend every dry day there.

The work he produced was just too good for the makeshift portrait gallery of Shaftesbury Avenue, so Henderson decided to brave the railings of the Bayswater Road. This turned out to be a defining moment as his paintings began to sell for hundreds of pounds and he rapidly drew a following of serious collectors. 25 years later Henderson is an internationally-acclaimed, award winning artist working from a stunning riverside studio in London, the city that has become his home.