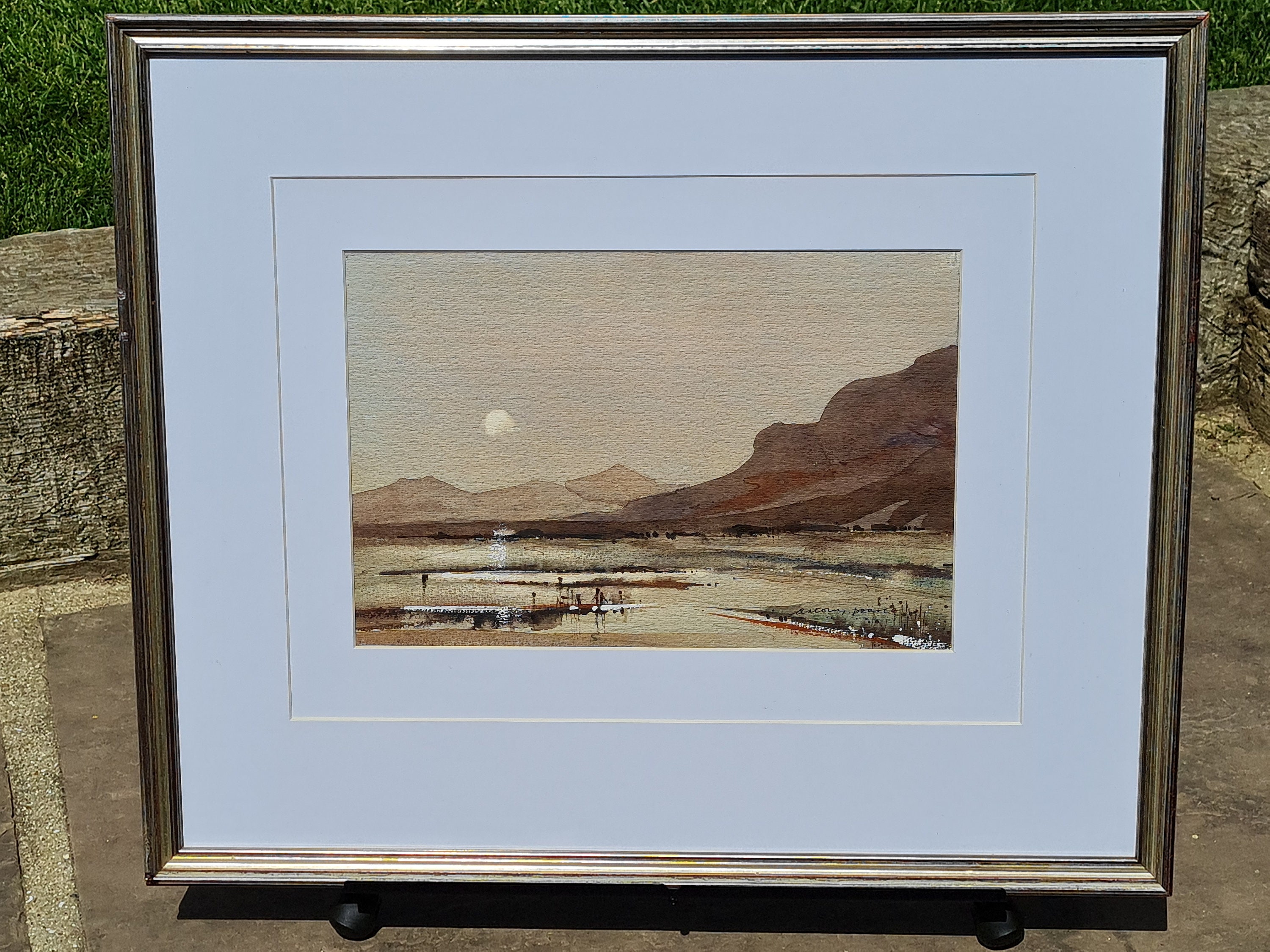 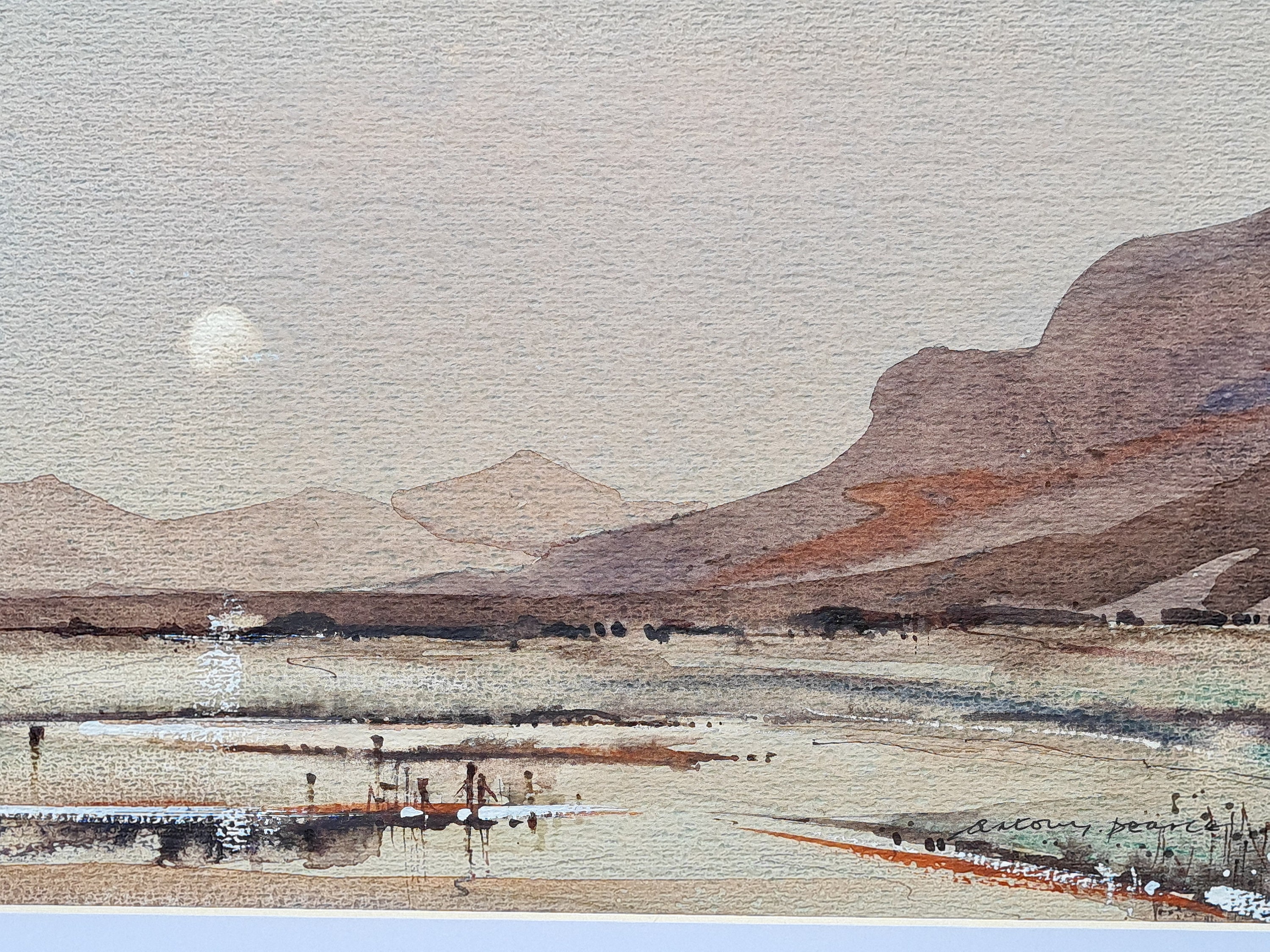 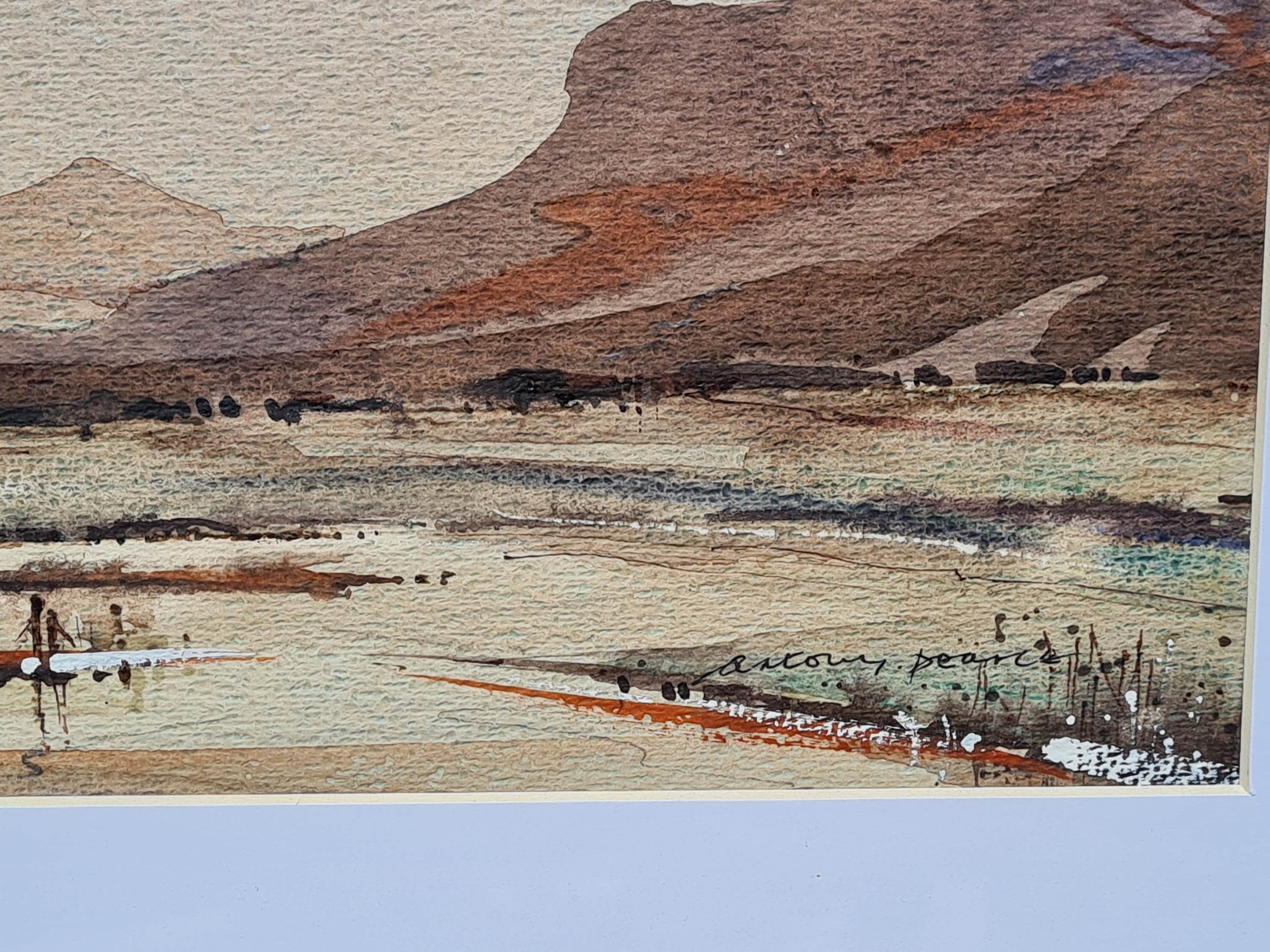 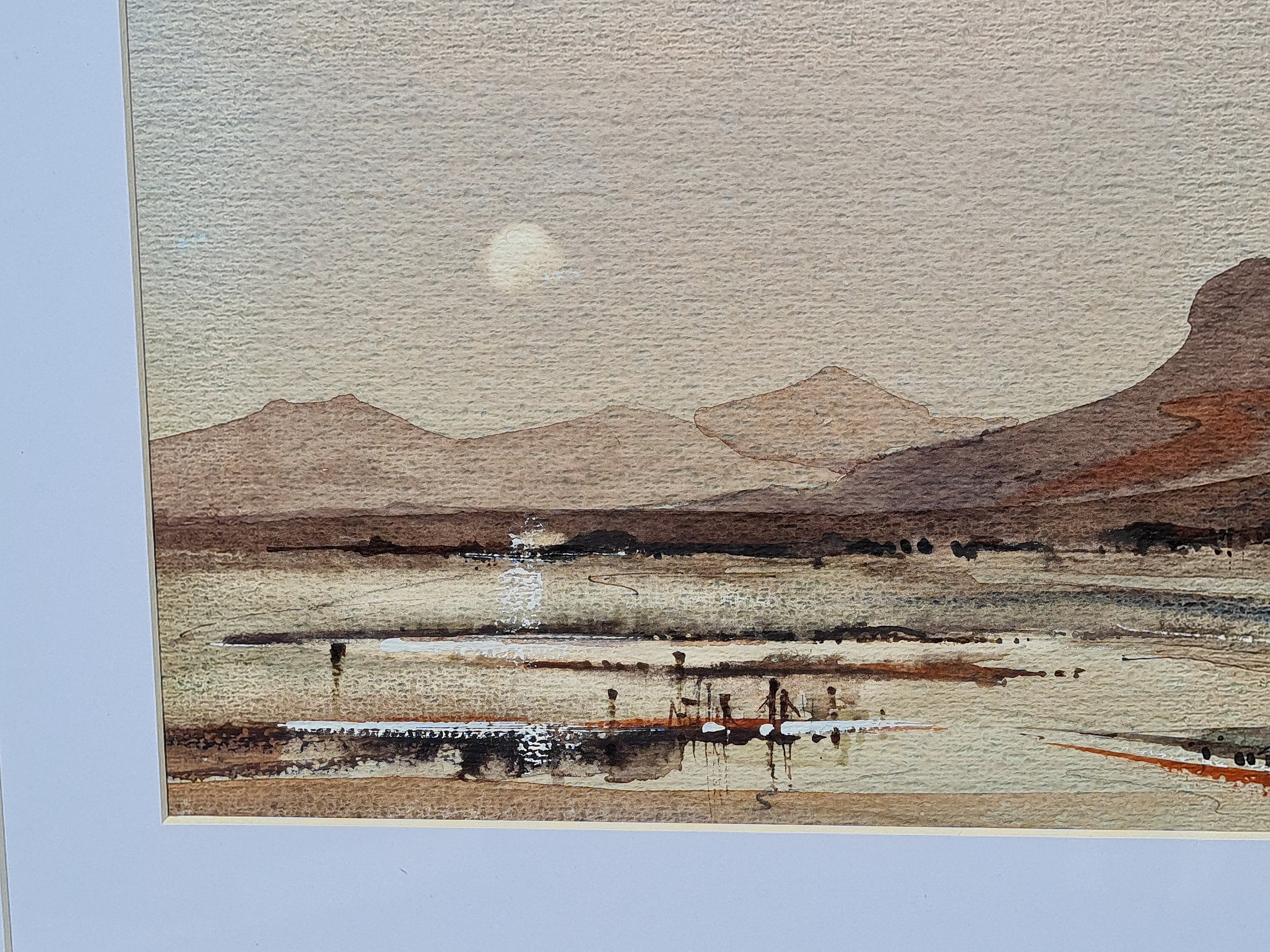 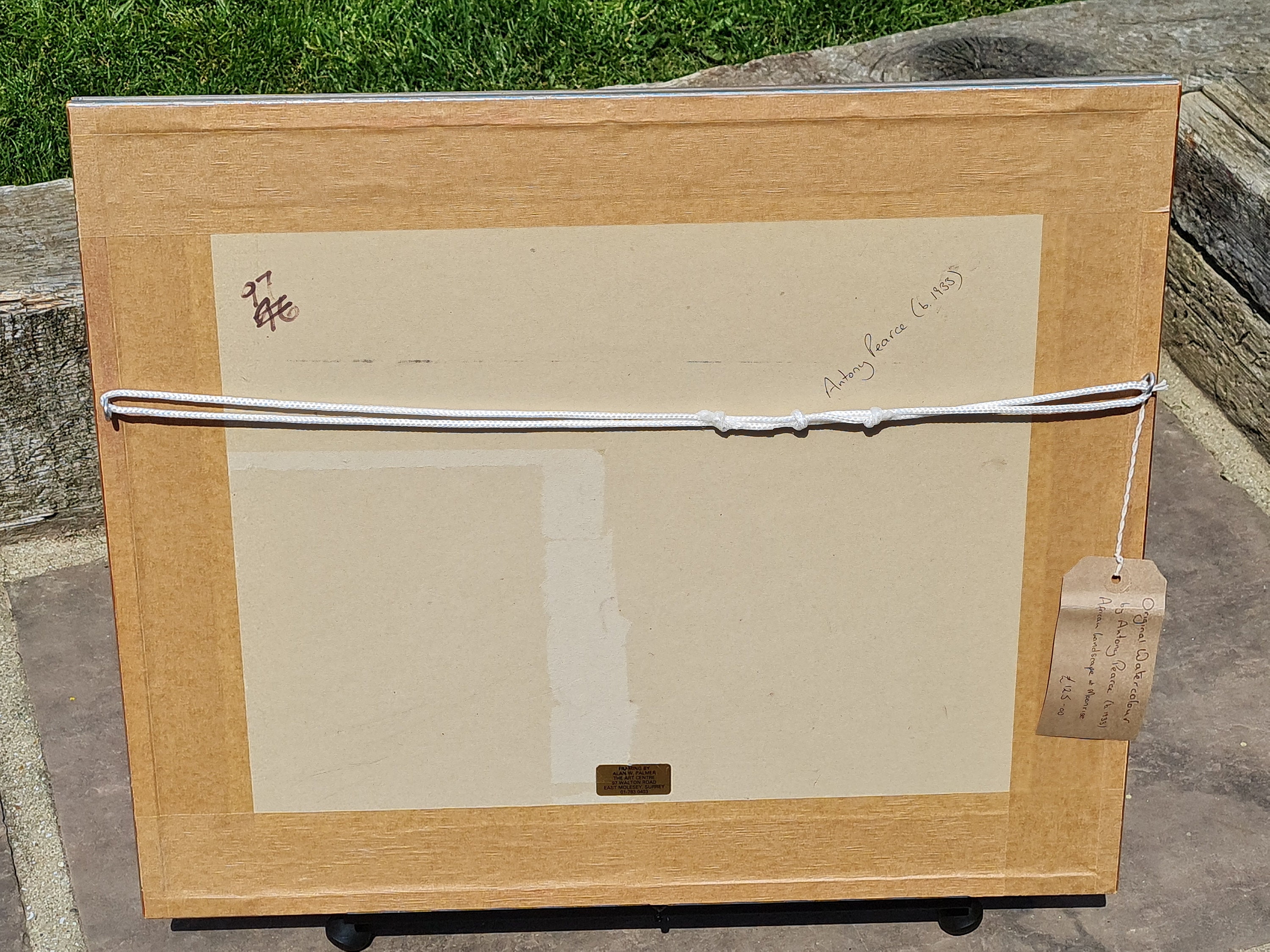 An original watercolour by Anthony Pearce (born 1933) showing an african landscape at moonrise.

Antony Pearce
Antony Pearce was born in 1933. He was educated in Sussex and Exeter Universtity.

After National Service in the Royal Navy he joined an insurance firm in London. From 1961 - 80 he taught English in various schools, mainly in the South East, before relinquishing all teaching commitments to concentrate on painting. He played first class rugby in the 50's, 60's and early 70's for London Irish, and was a member of the fine Irish side of 1959/60. He captained the Sussex County side for several seasons and is still their most capped player.

A keen traveller, he has spent time in Africa, India and long periods in the Amazon jungle. His love of walking takes him frequently to the Lake District and Scotland. These places, together with a great fondness for the Sussex countryside, are an unfailing source of inspiration.

The artist is entirely self-taught, though his work is especially influenced by Edward Seago and Rowland Hilder. His concerns in watercolour deal with the contrasts of the light and dark, changing cloud formations and the way their shadows are cast on the landscape.