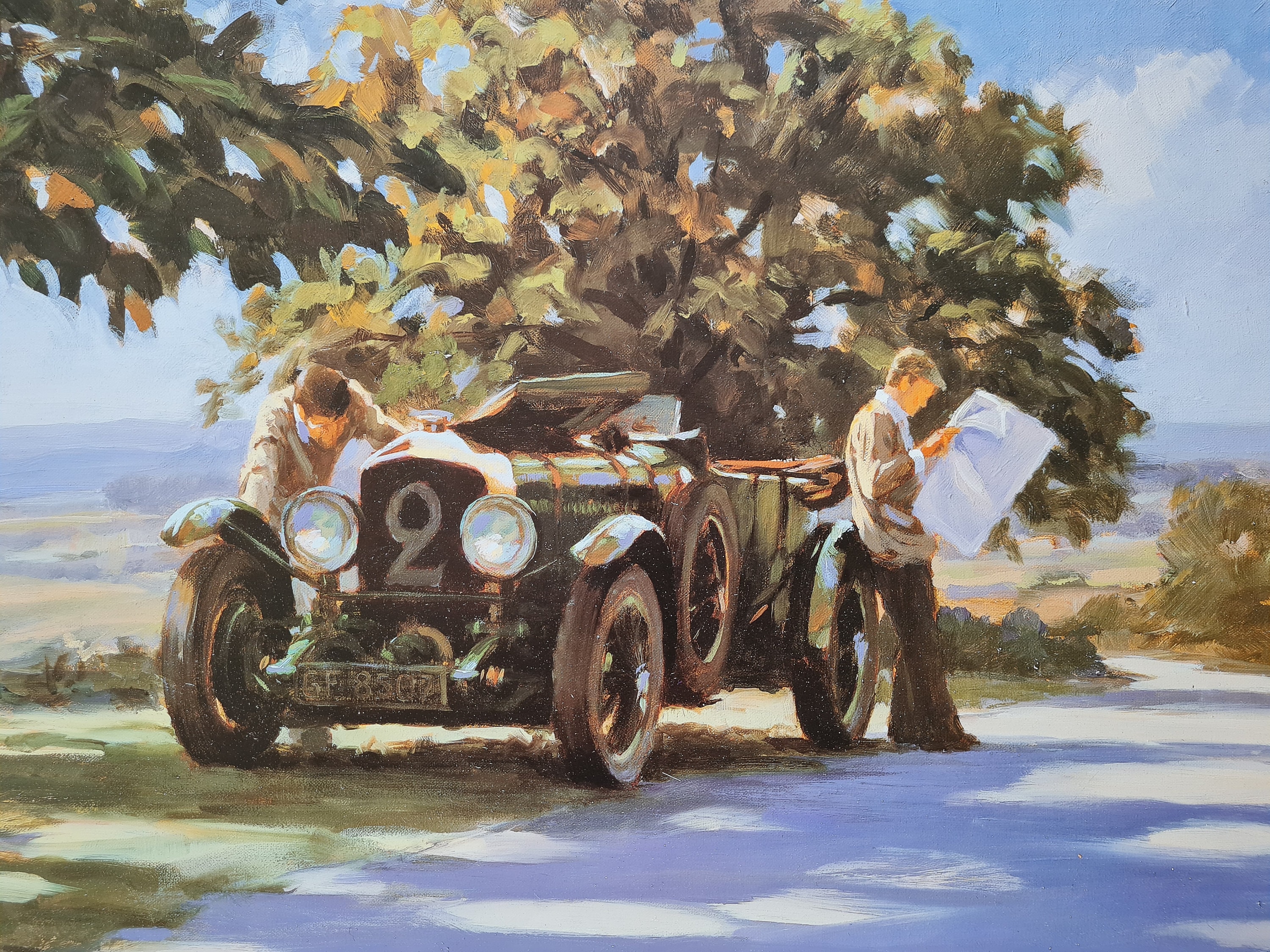 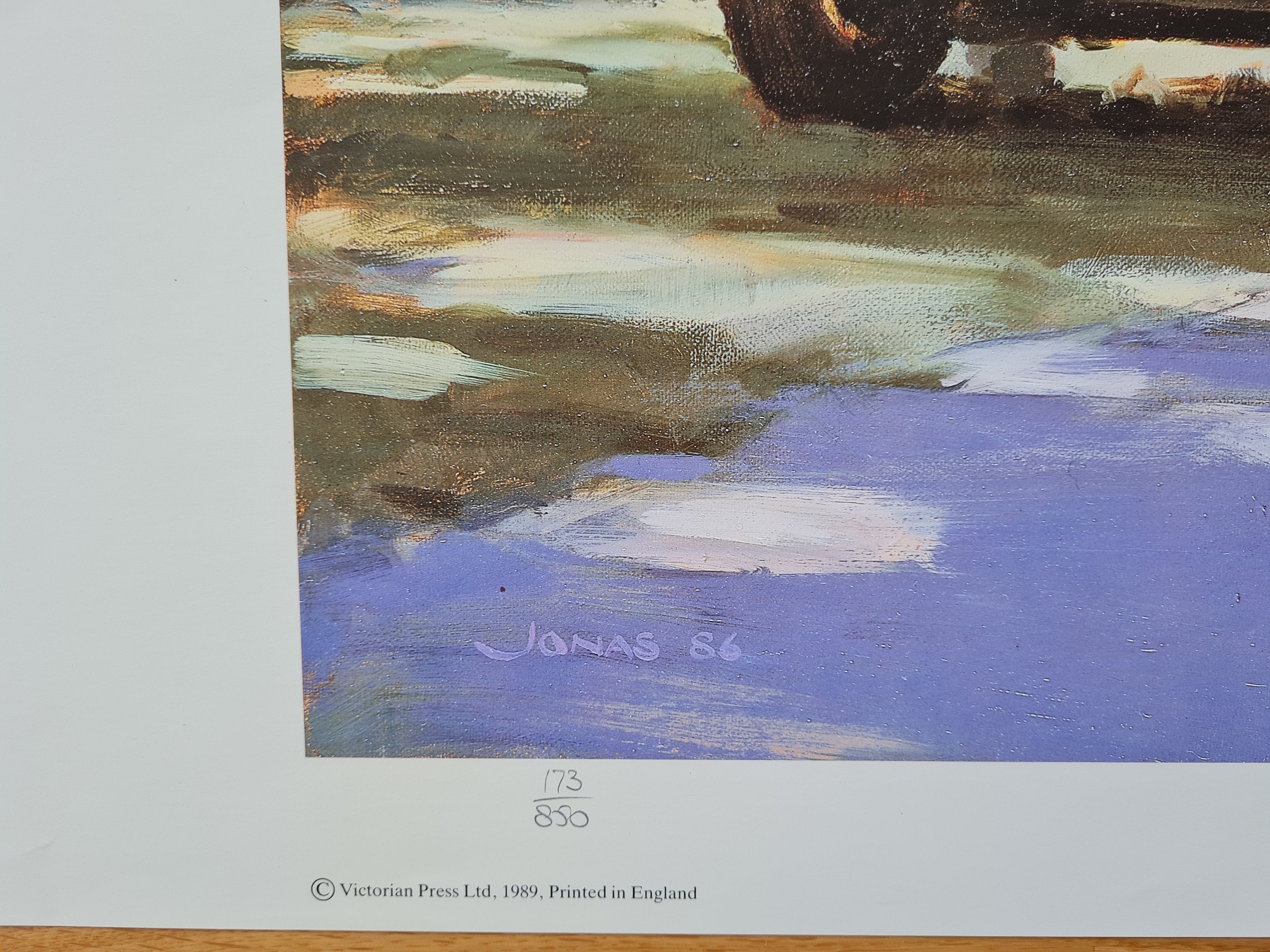 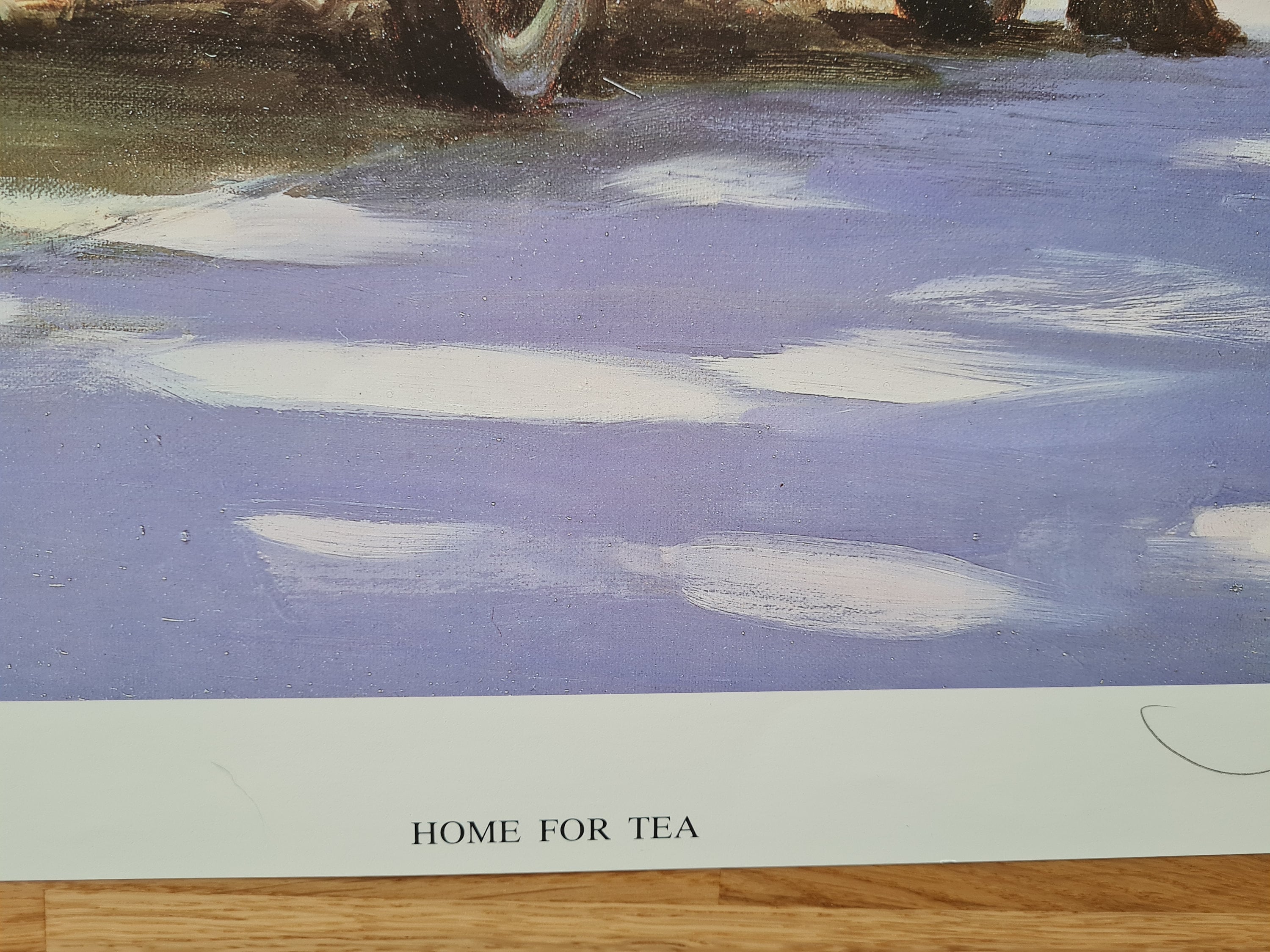 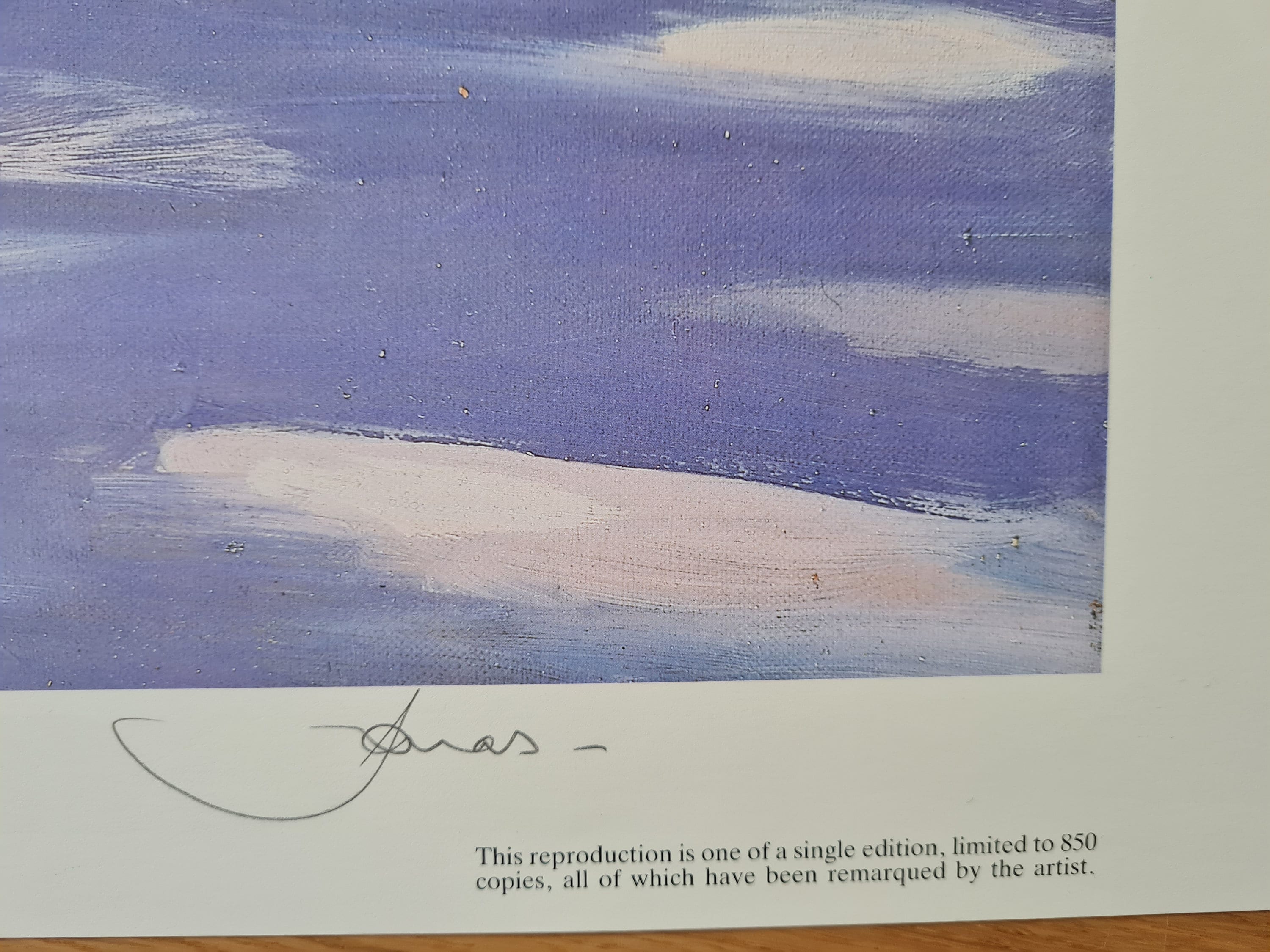 This is a signed Limited Edition Print by acclaimed artist Johnny Jonas titled "Home for Tea".

It is a motoring scene from the 1920's in vibrant colours. It is signed and numbered in pencil by the artist.

There is only 1 available from a limited edition run of 850 - no. 173. They are being sold separately and the price and courier quote is for 1.

The original was painted in 1986 and these prints are by Victoria Press Ltd dated 1989.

The entire sheet measures 58 cms x 42 cms but can be trimmed a bit if required.

It is unframed or mounted and will be sent rolled in a cardboard tube.

It is part of a batch of prints that came from an auction in Surrey. Please see other listings as there is a wide range of subjects.