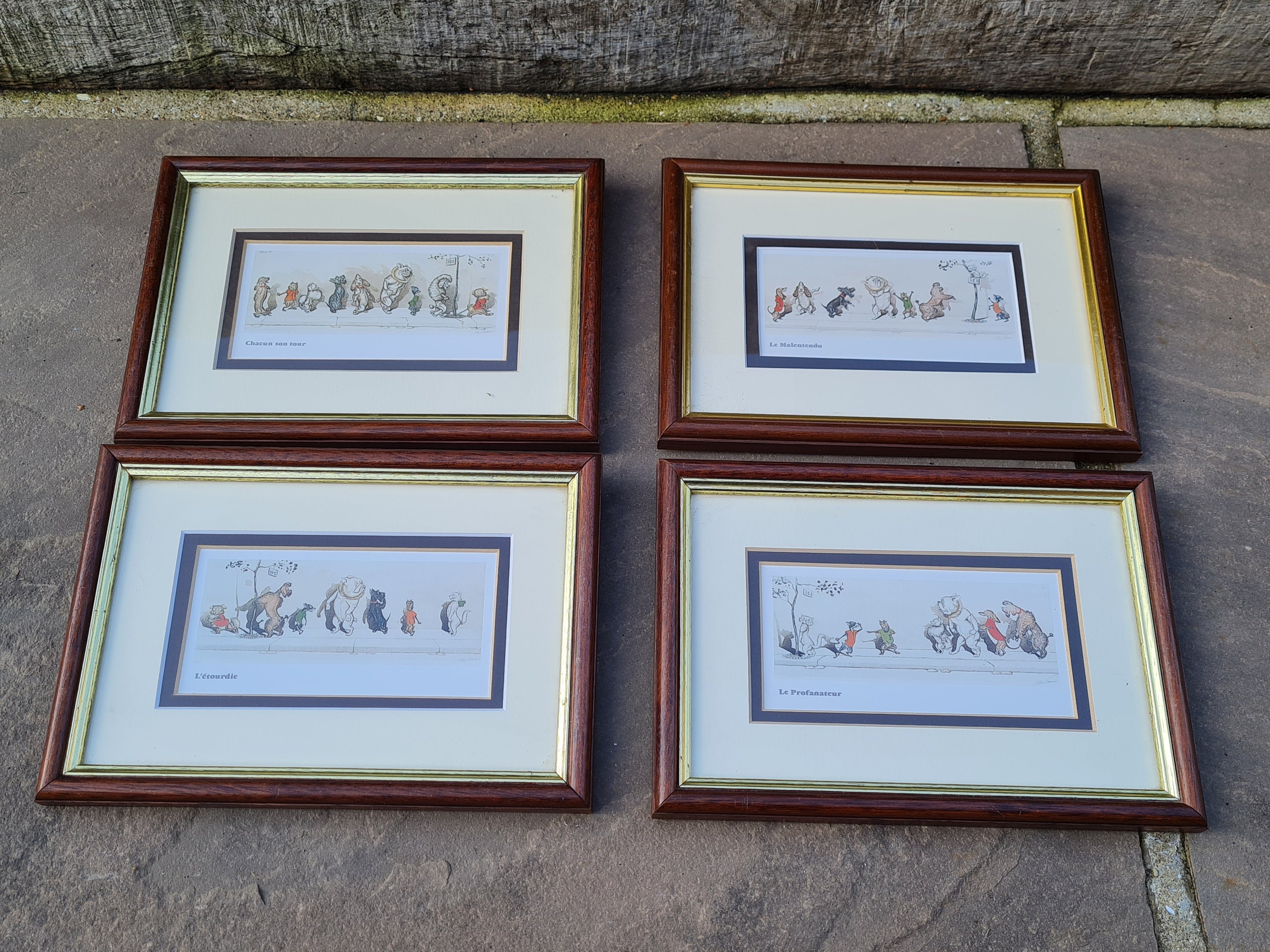 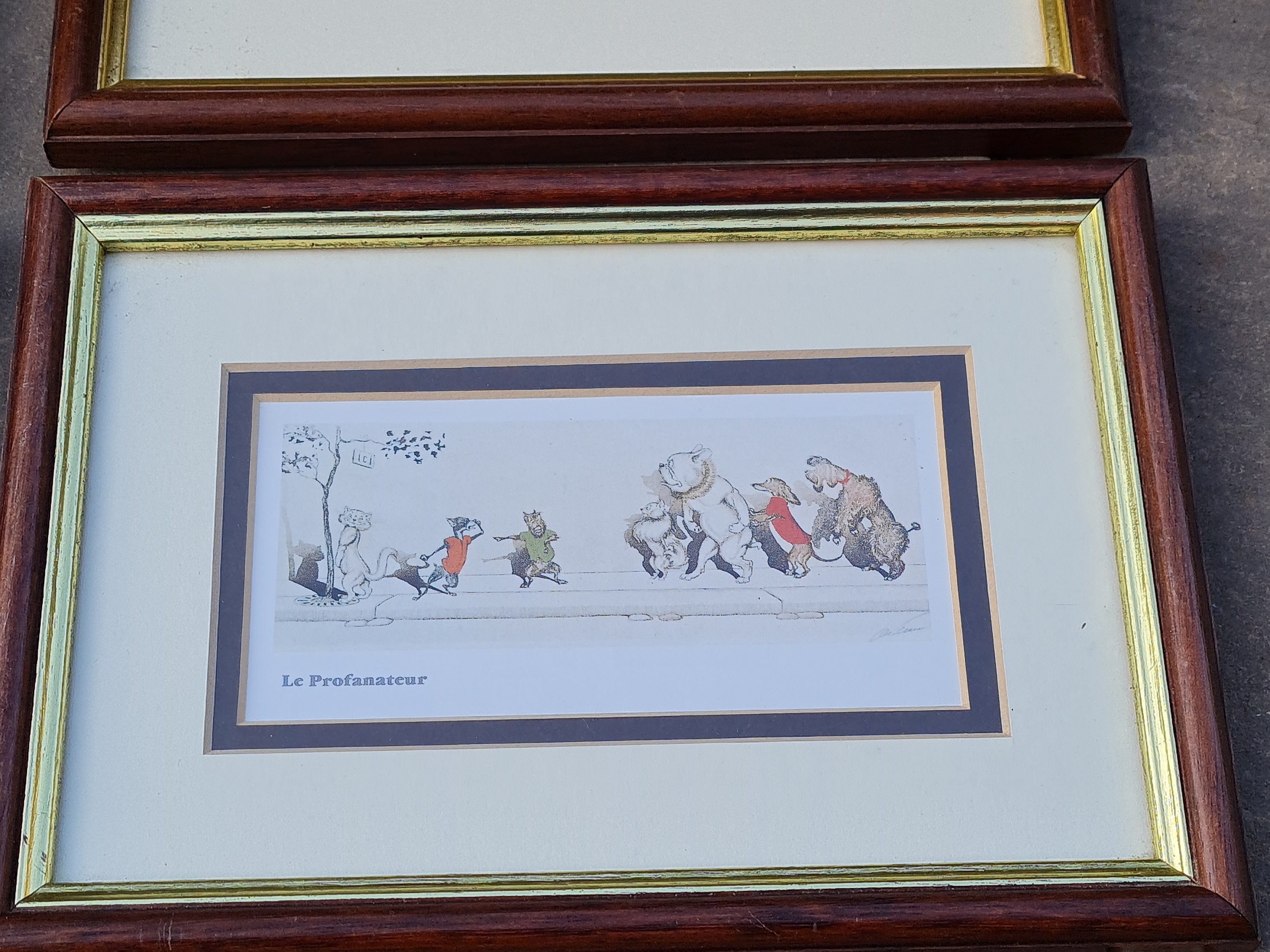 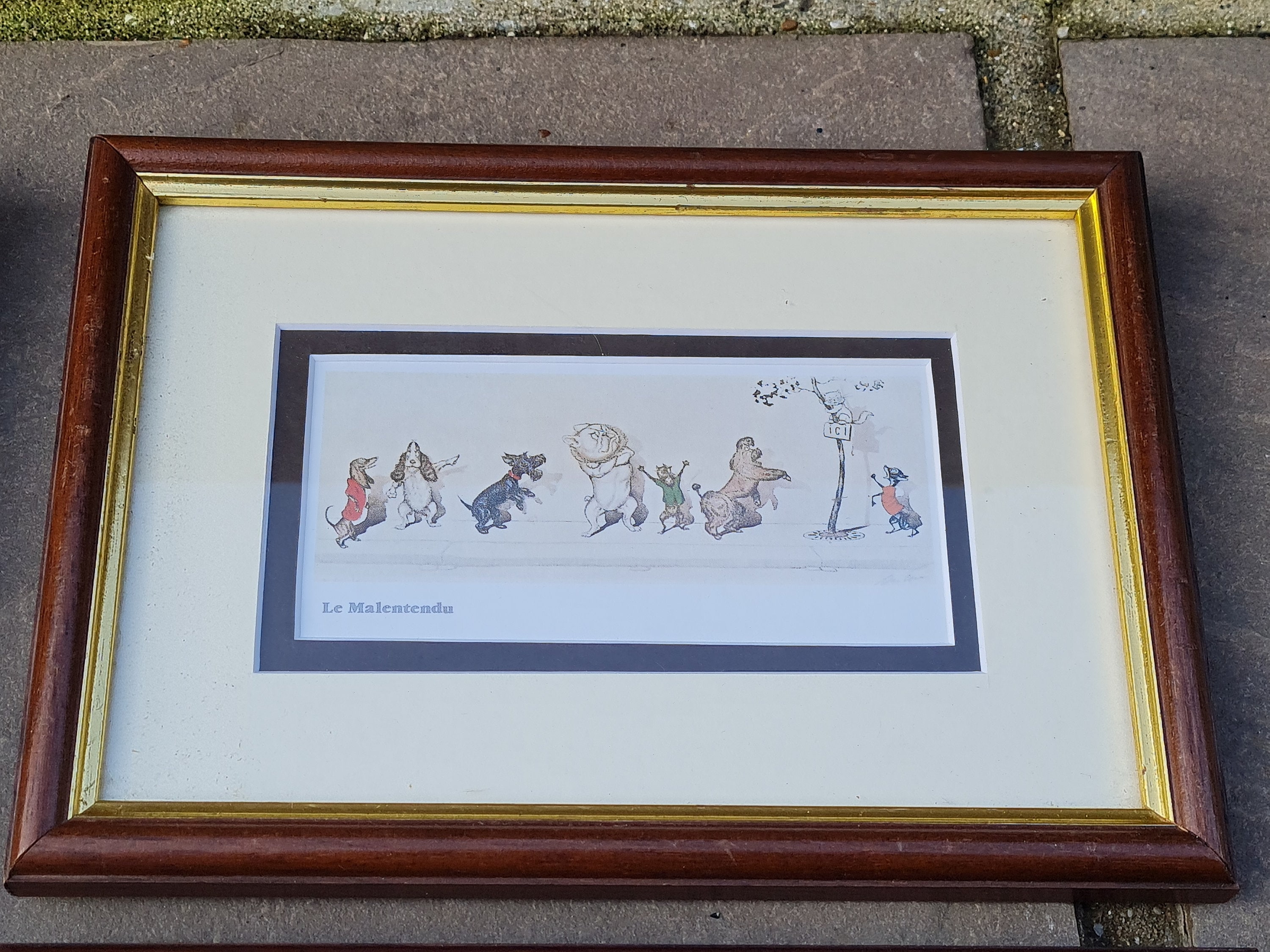 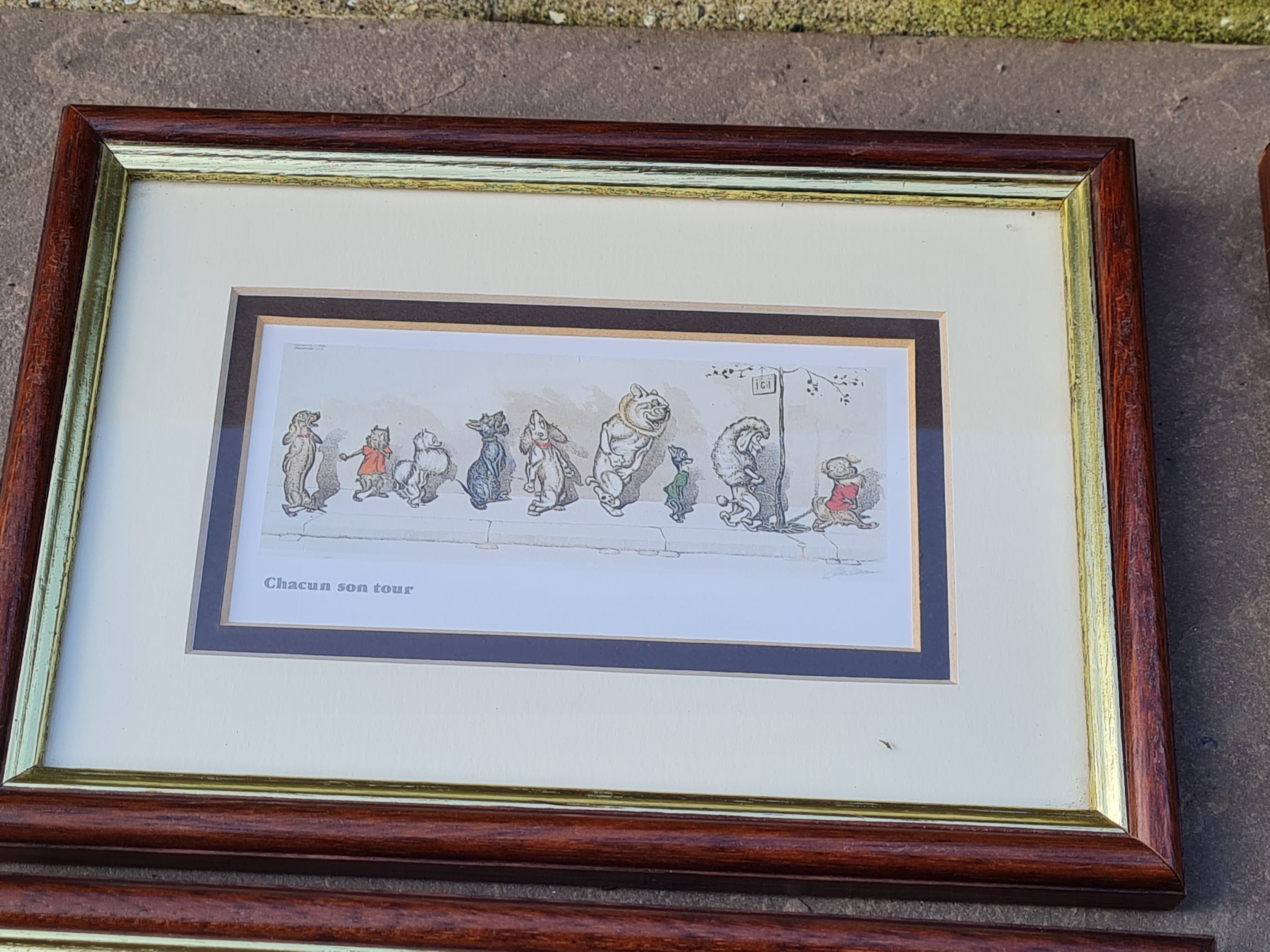 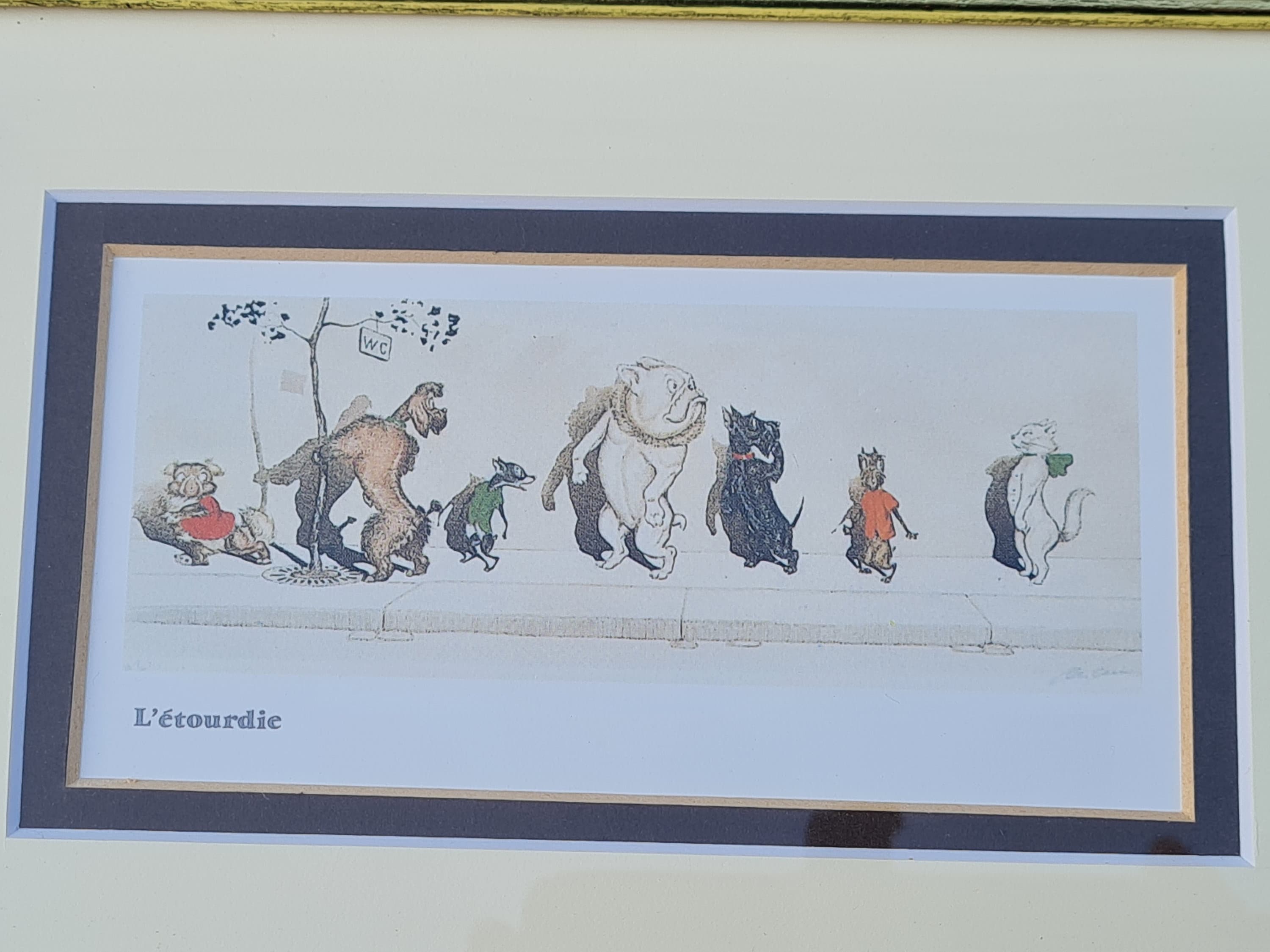 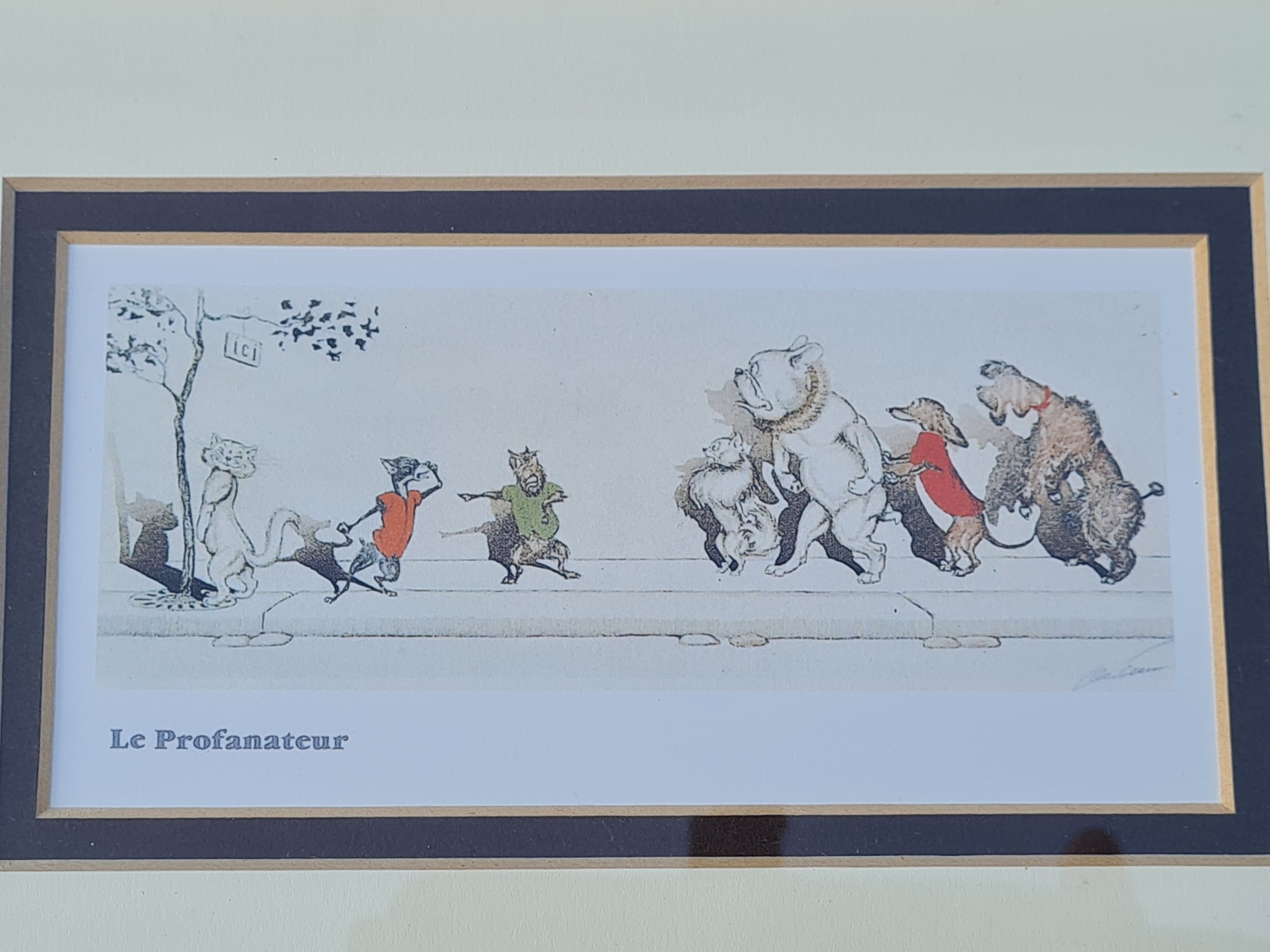 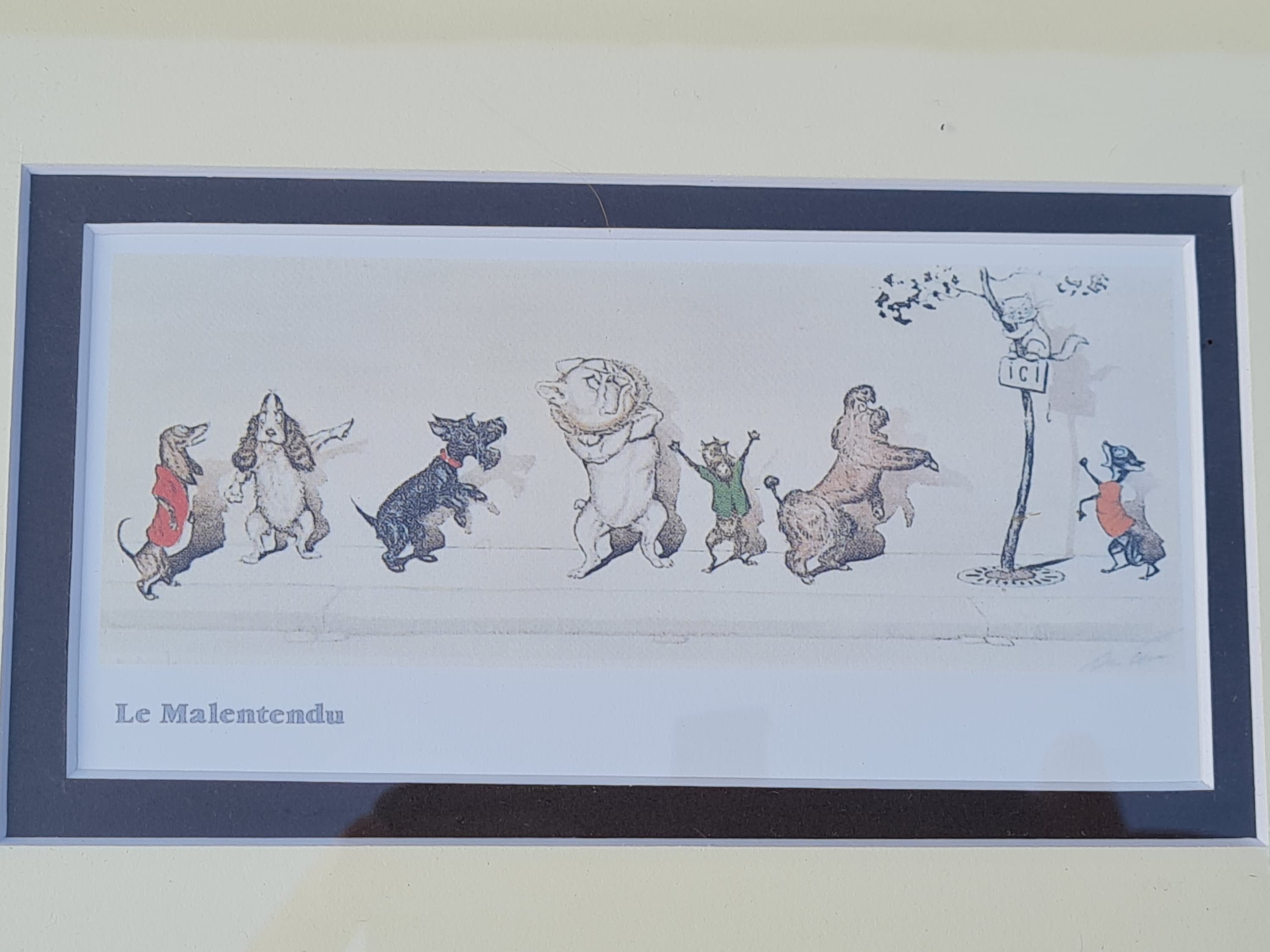 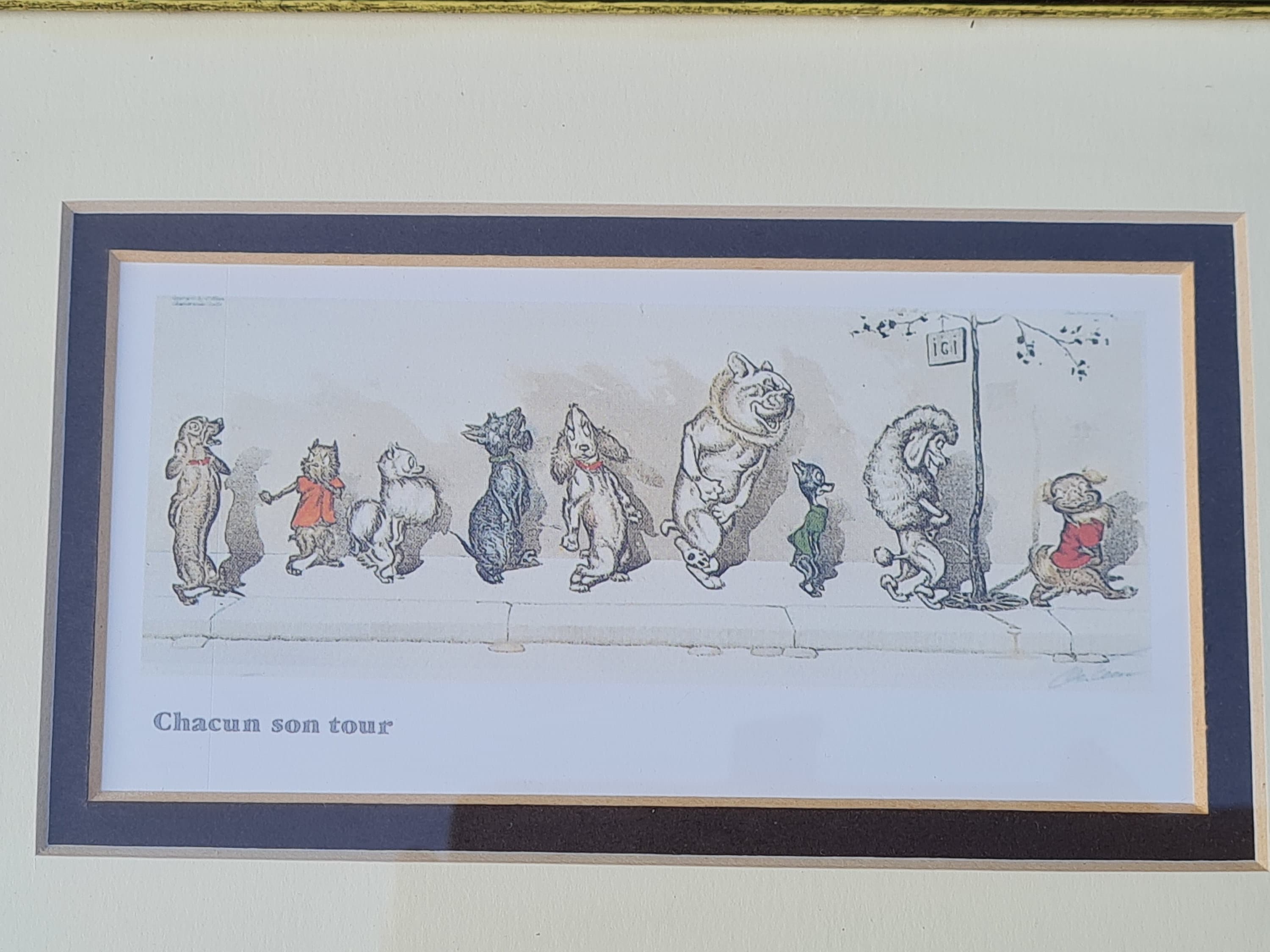 This is a very unusual set of 4 miniature Boris 'O Klien prints dating from the 1930's from his "Dirty Dogs of Paris " series which made him famous.

The normal size original hand coloured prints are becoming increasing collectible and are increasing in price when they appear in auction. However, I have never seen these miniature versions before. They are all in good condition, mounted and framed.

Ideal for a downstairs WC in a house owned by dog lovers.

Most famous for his “Dirty Dogs of Paris”- a series of etchings created by the artist who went by the multi-ethnic name of “Boris O’ Klein”.

His real name was Arthur Klein and he was born in Moscow, Russia, in 1893. O’Klein emigrated to Paris as a boy and became a successful magazine illustrator in Paris in the 1930’s.

The story goes he spent hours watching the stray dogs in the streets outside his studio and realised that their personalities weren’t all that different to people. He was inspired to create a few cartoons of dogs doing what dogs do – peeing on trees, chasing female dogs and sniffing each other.

The dog cartoons were just a bit of fun. His real passion was painting hunting and wilderness scenes but he realised the money making potential of the “Dirty Dogs” and supplied a series of etchings to shops and galleries all over Paris. They became hugely popular and overshadowed all his other work.