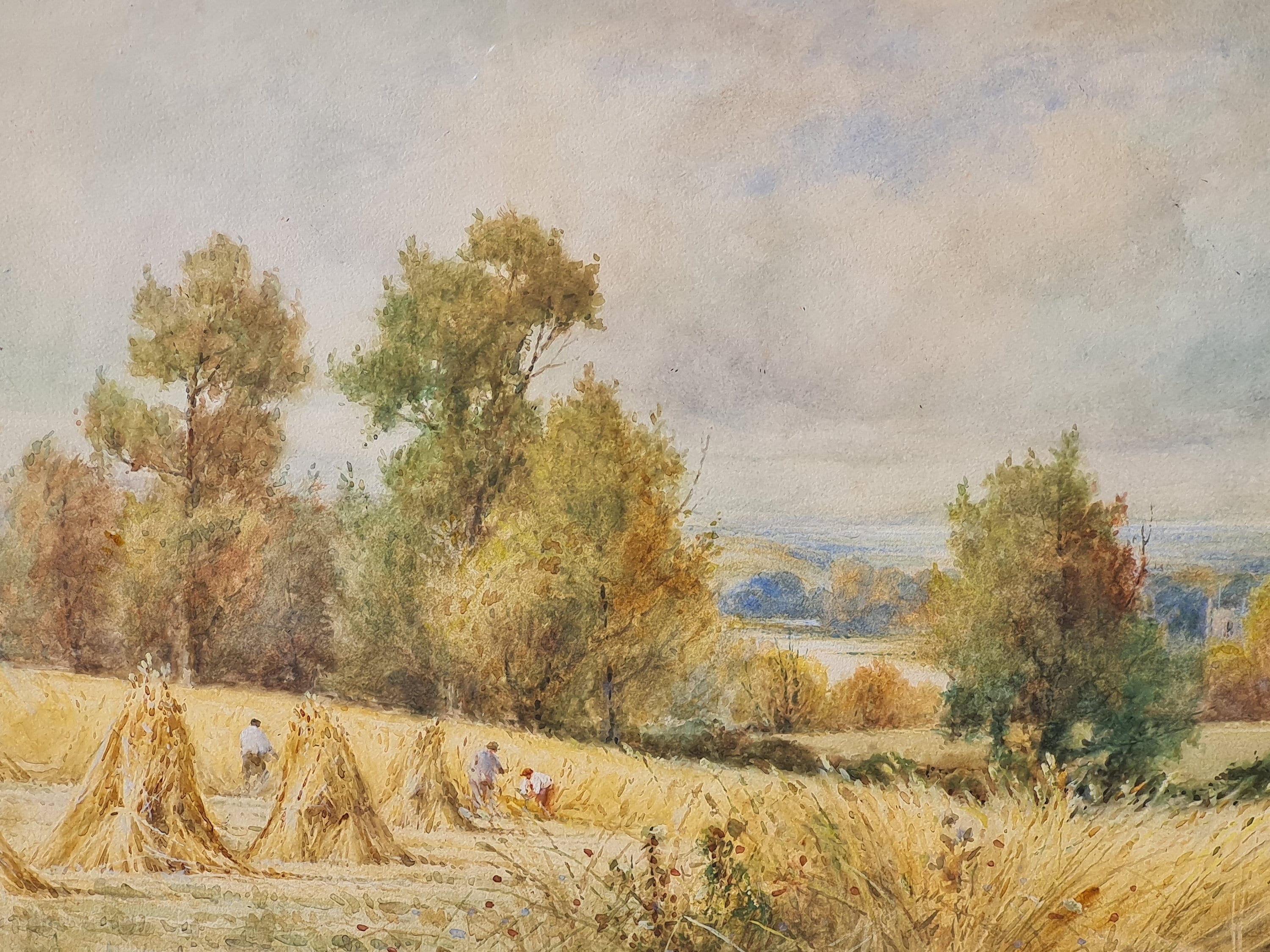 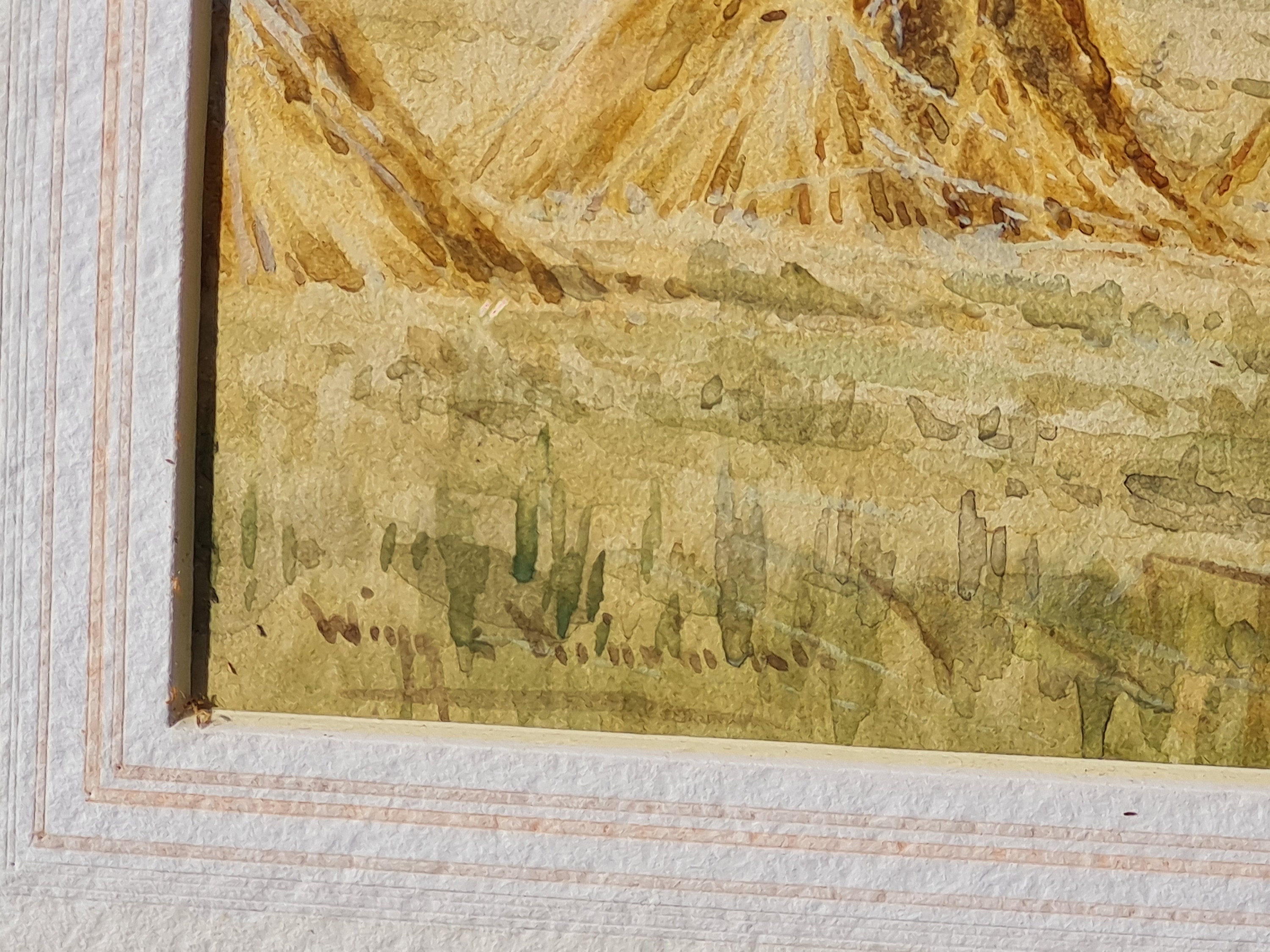 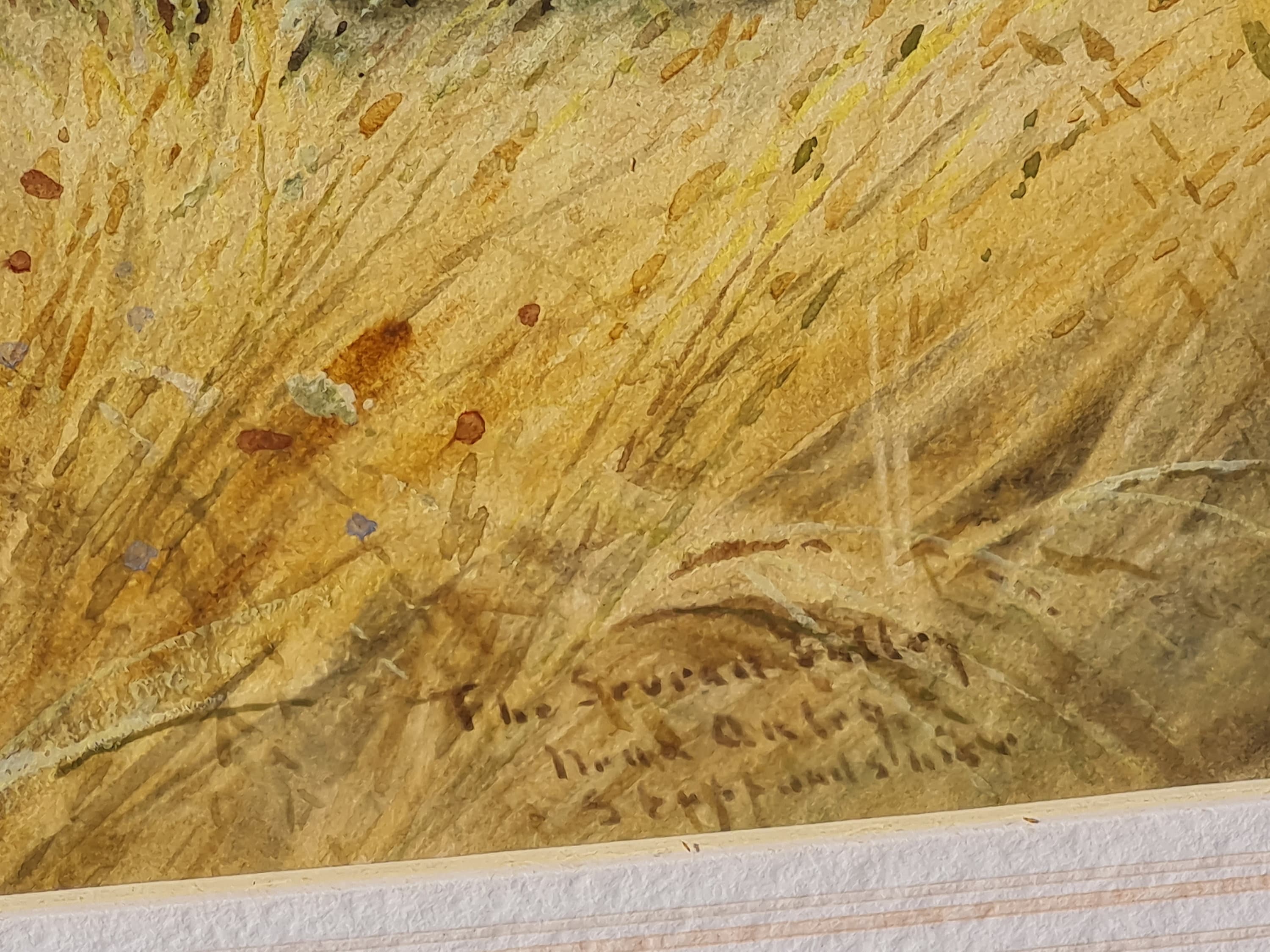 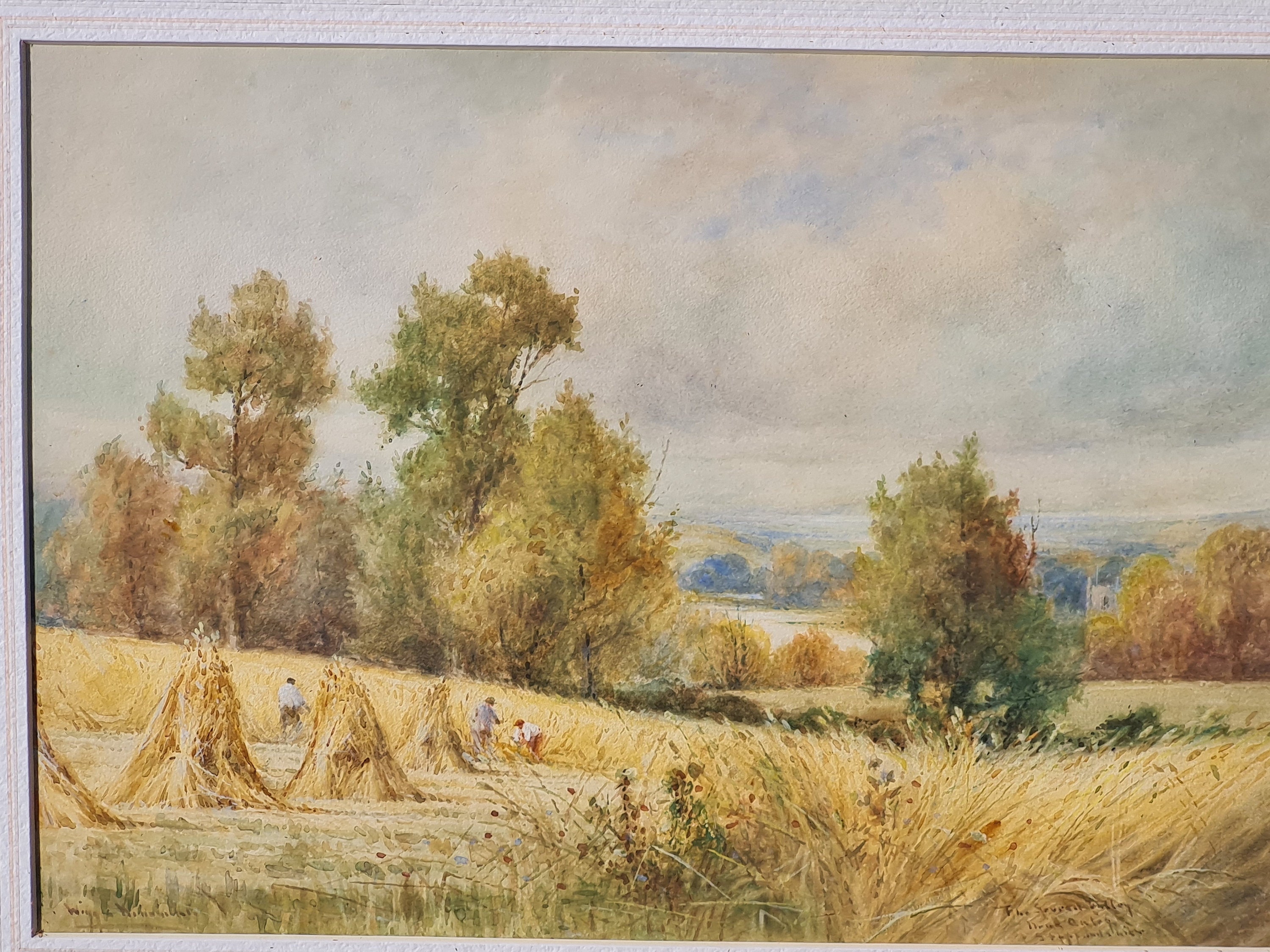 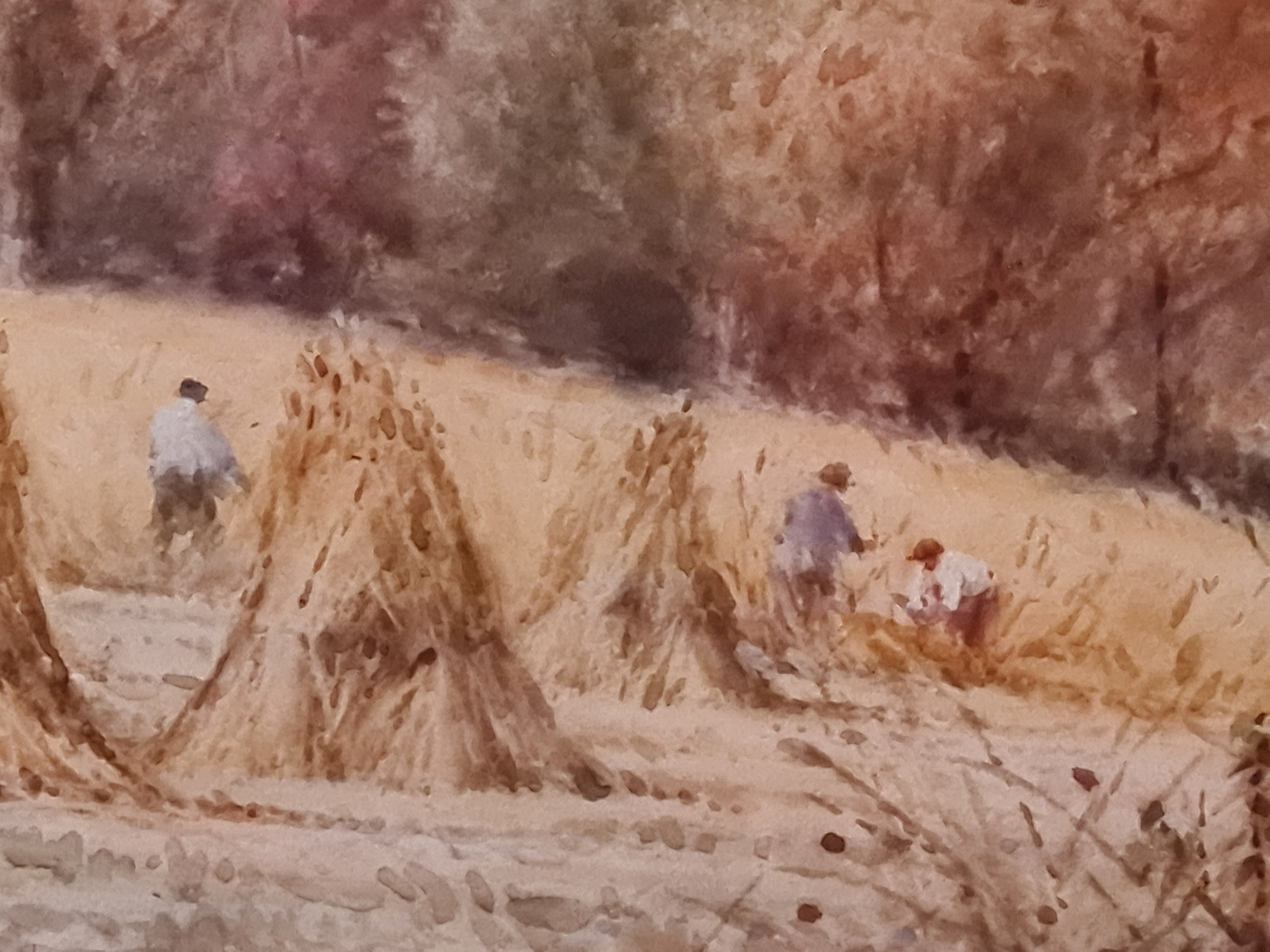 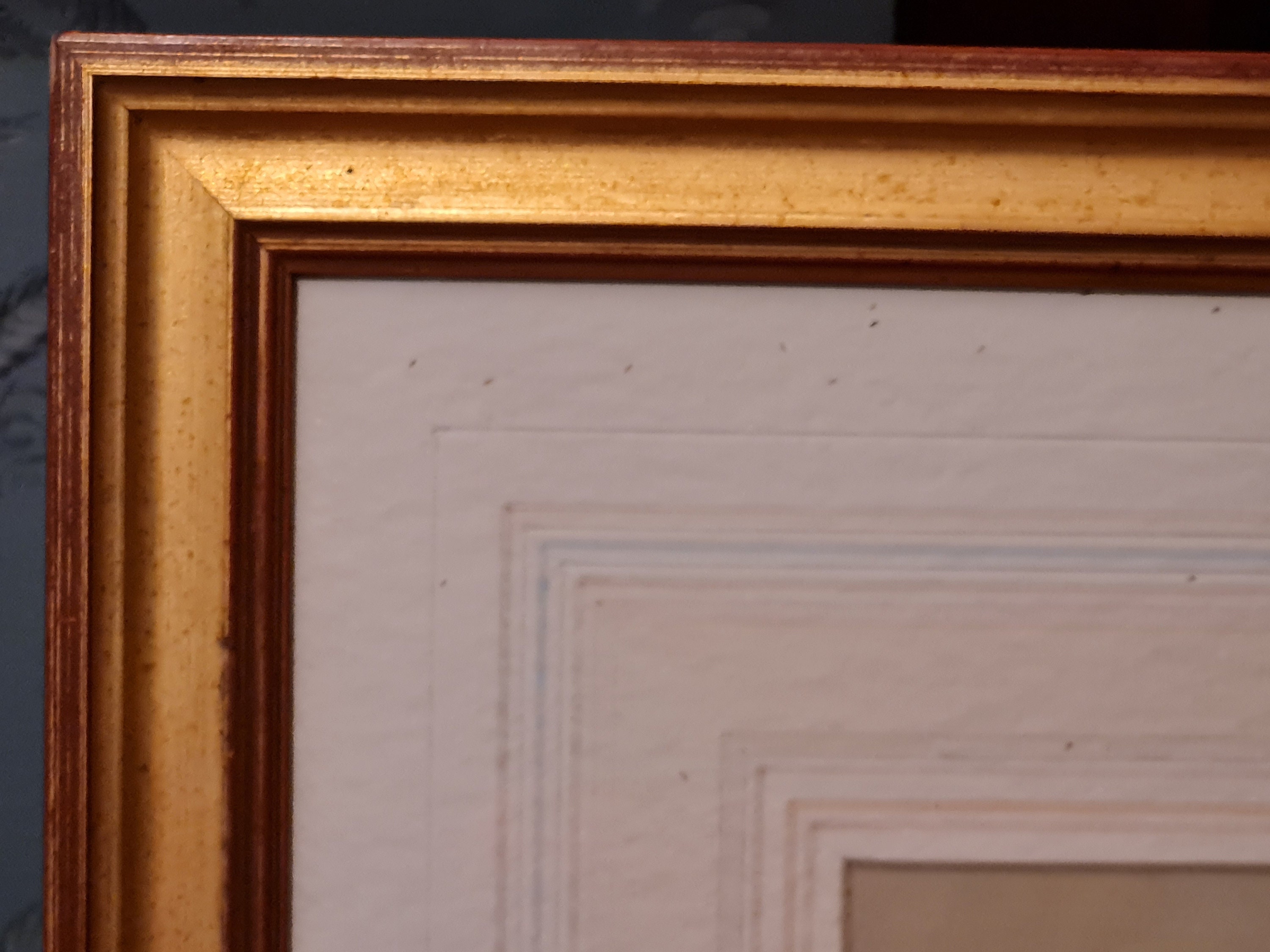 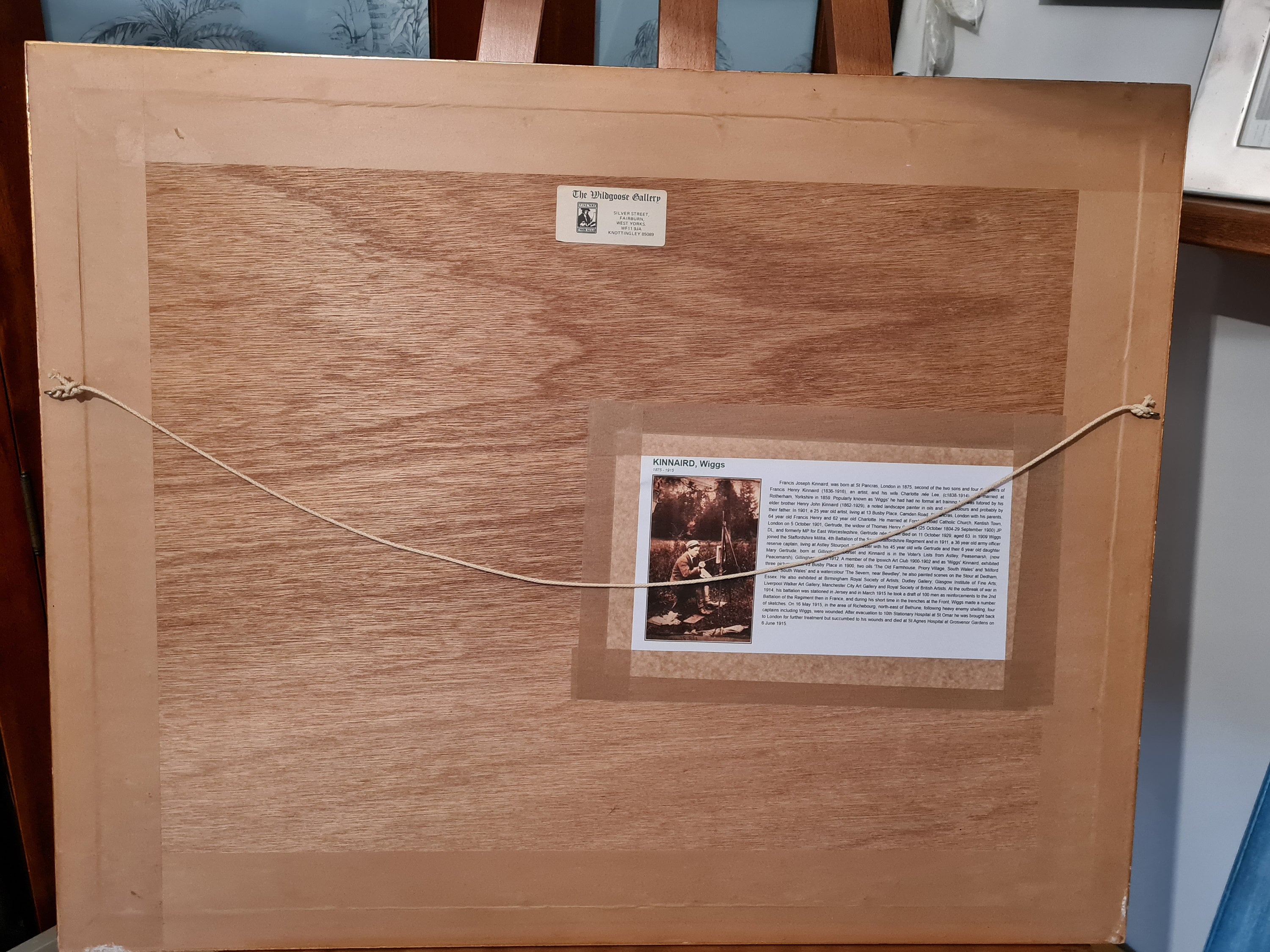 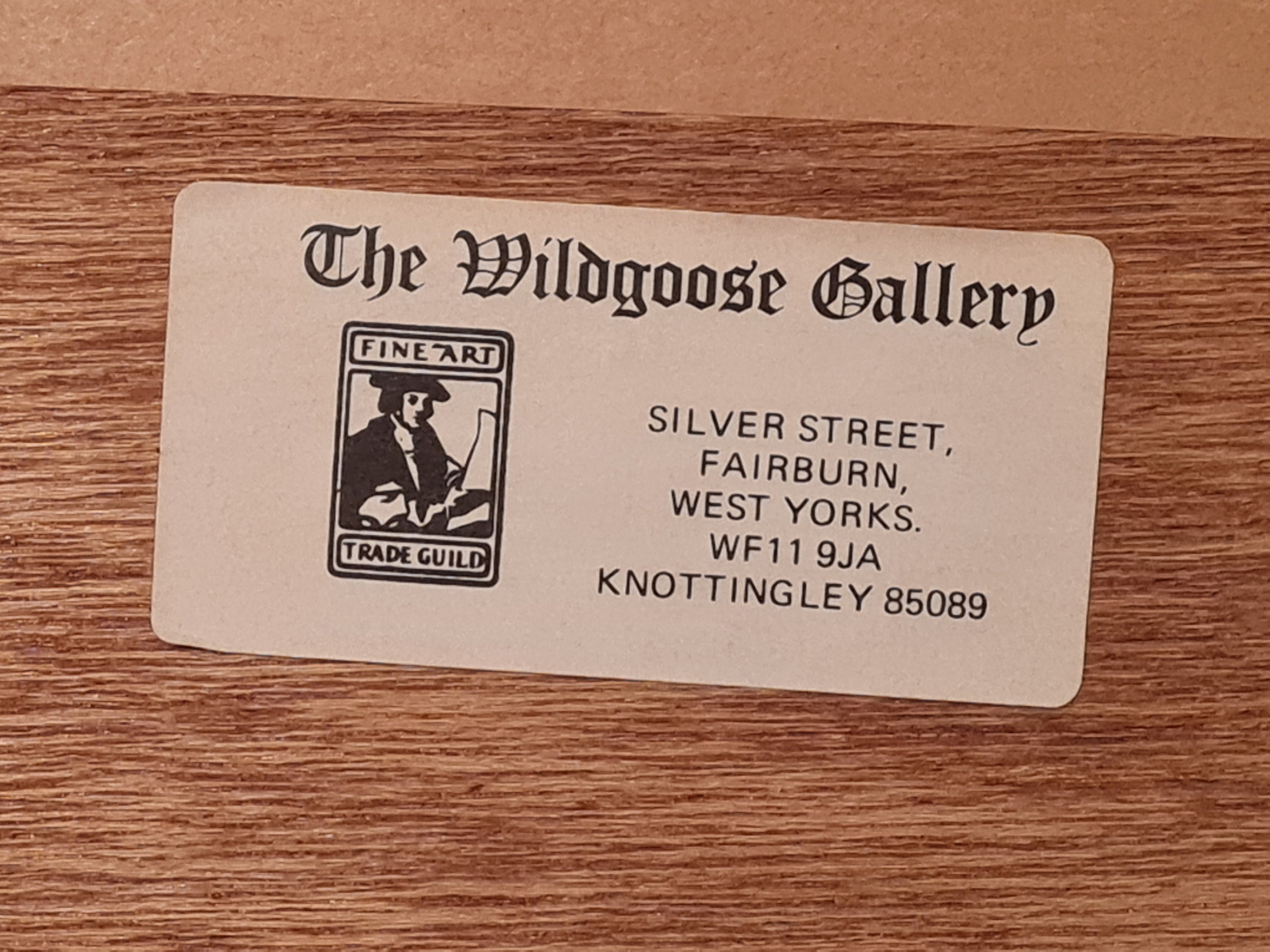 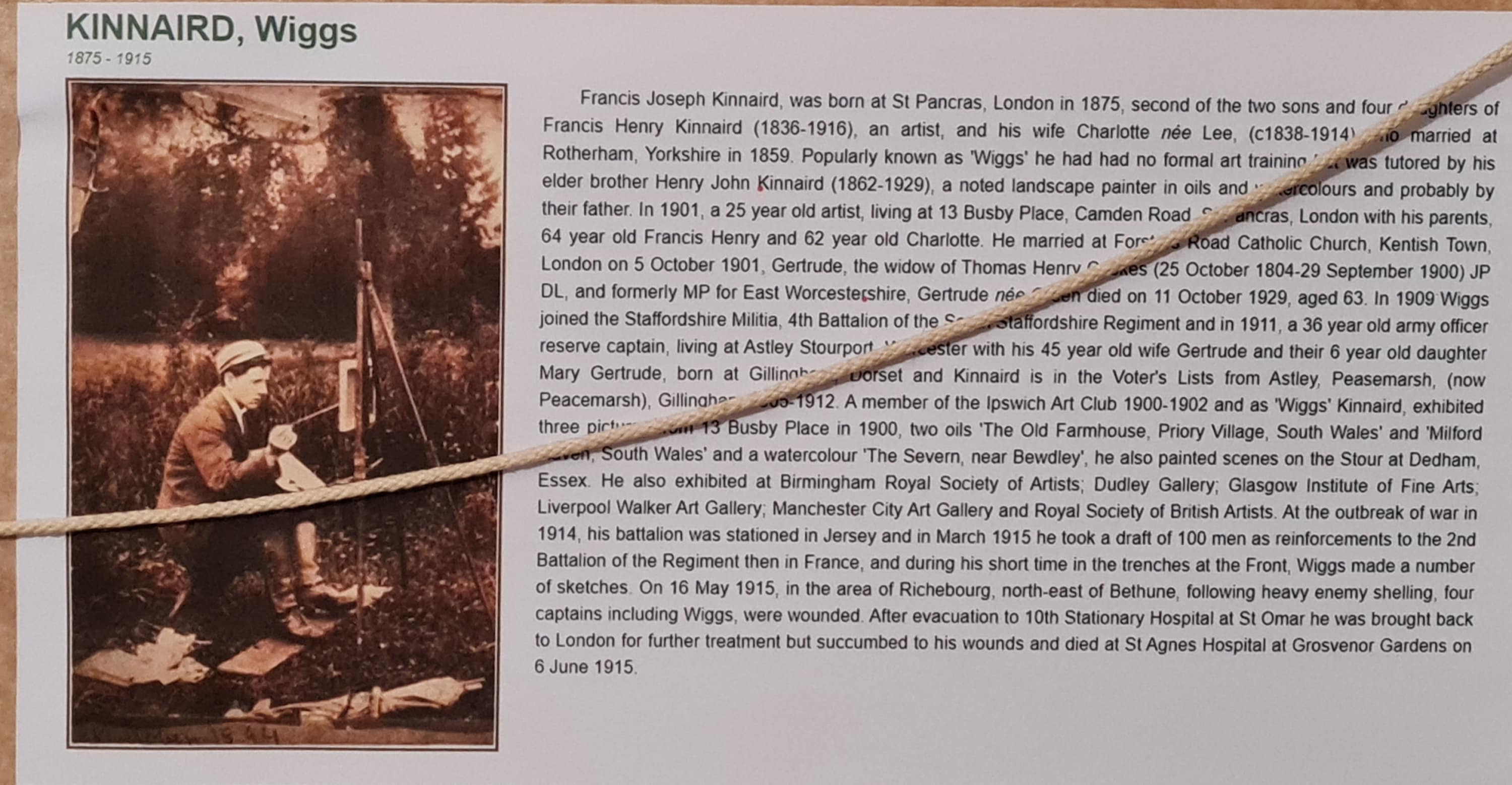 An opportunity to own a serene and highly decorative piece of original turn of the century art by an established artist.

The courier price is for the UK but we can quote to send internationally.

Popularly known as "Wiggs" he had no formal art training but was tutored by his older brother Henry John Kinnaird (1862 - 1929), a noted landscape painter in oils and watercolours and probably by his father.

In 1901 as a 25 year old artist living with his parents, he married Gertrude.

As a member of the Ipswich Art Club 1900 - 1902 he exhibited three pictures but he also exhibited at Birmingham Royal Society of Artists, Dudley Gallery, Glasgow Institute of Fine Art, Liverpool Walker Gallery, Manchester City Art Gallery and the Royal Society of British Artists.

In 1909 Wiggs joined the Staffordshire Militia, 4th Battalion of the South Staffordshire Regiment and in 1911 became an army officer reserve captain.

At the outbreak of war in 1914 his battalion was stationed in Jersey and in 1915 he took a draft of 100 men as reinforcements to the 2nd Battalion of the Regiment then in France. During his short time in the trenches at the front he made a number sketches.

On 16th May 1915, in the area of Richebourg, north east of Bethune, he was wounded following heavy shelling. After evacuation to 10th Stationary Hospital at St Omar he was bought back to London for further treatment but succumbed to his wounds and died at St Agnes Hospital at Grosvenor Gardens on 6th June 1915.