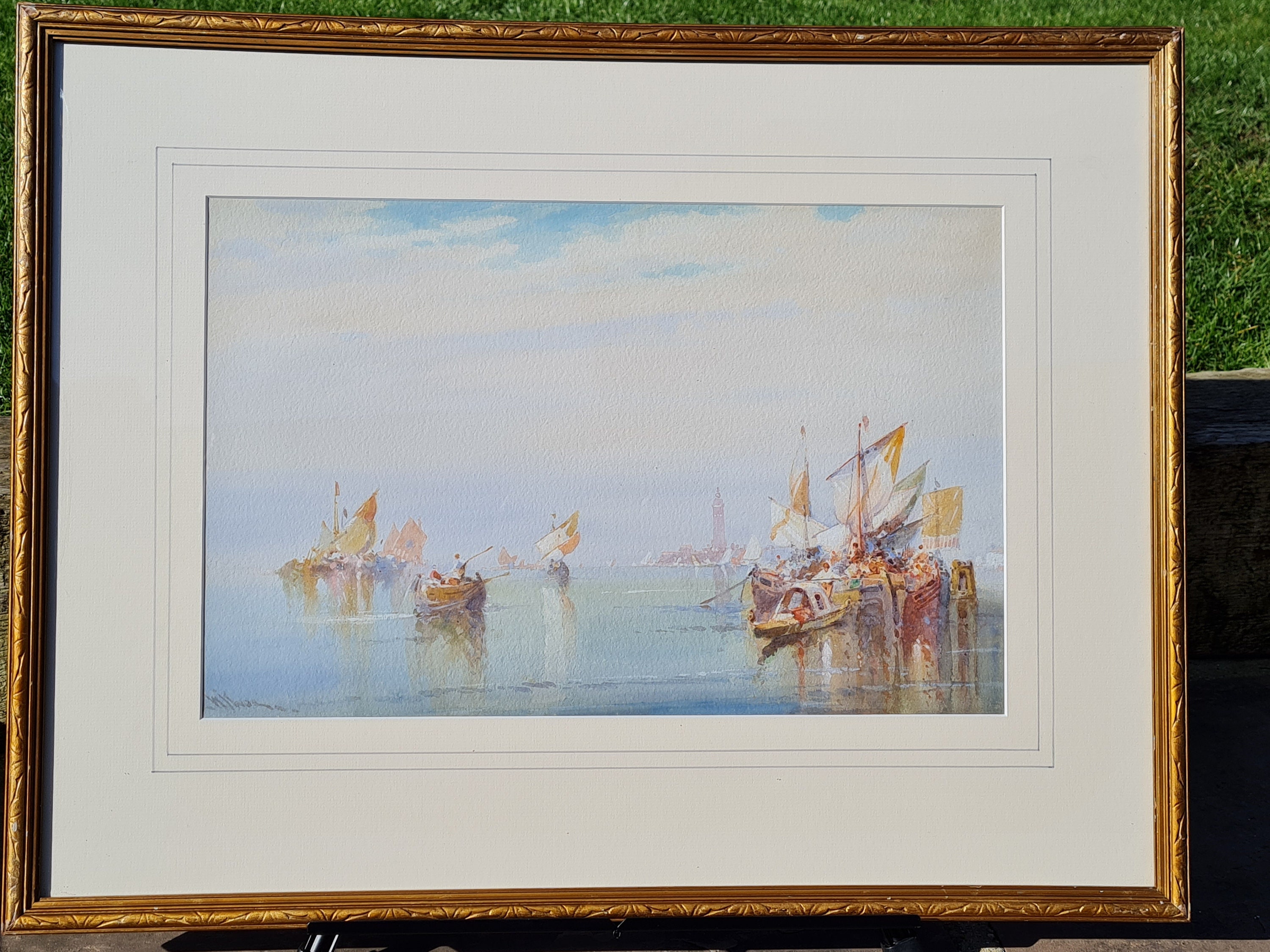 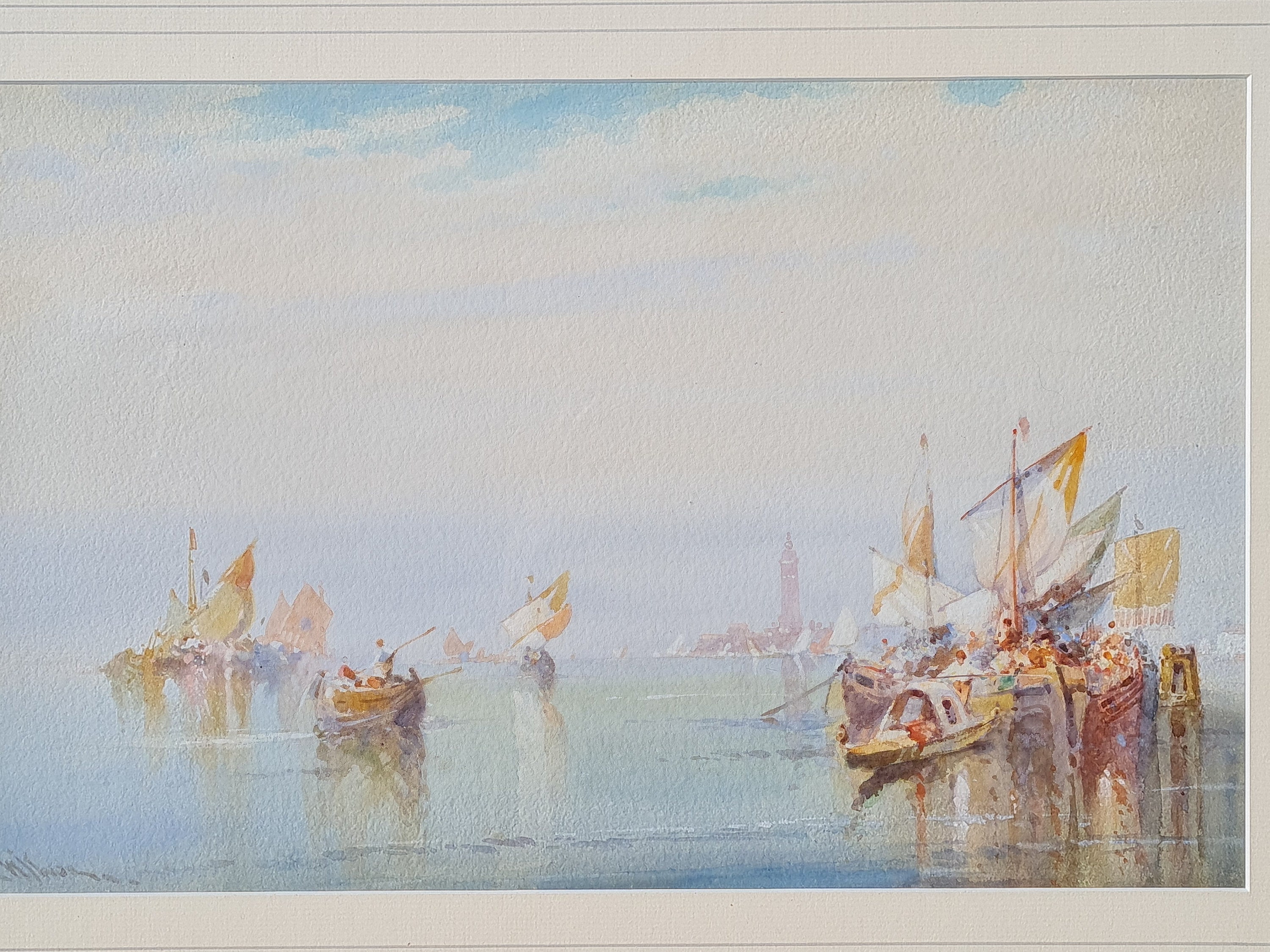 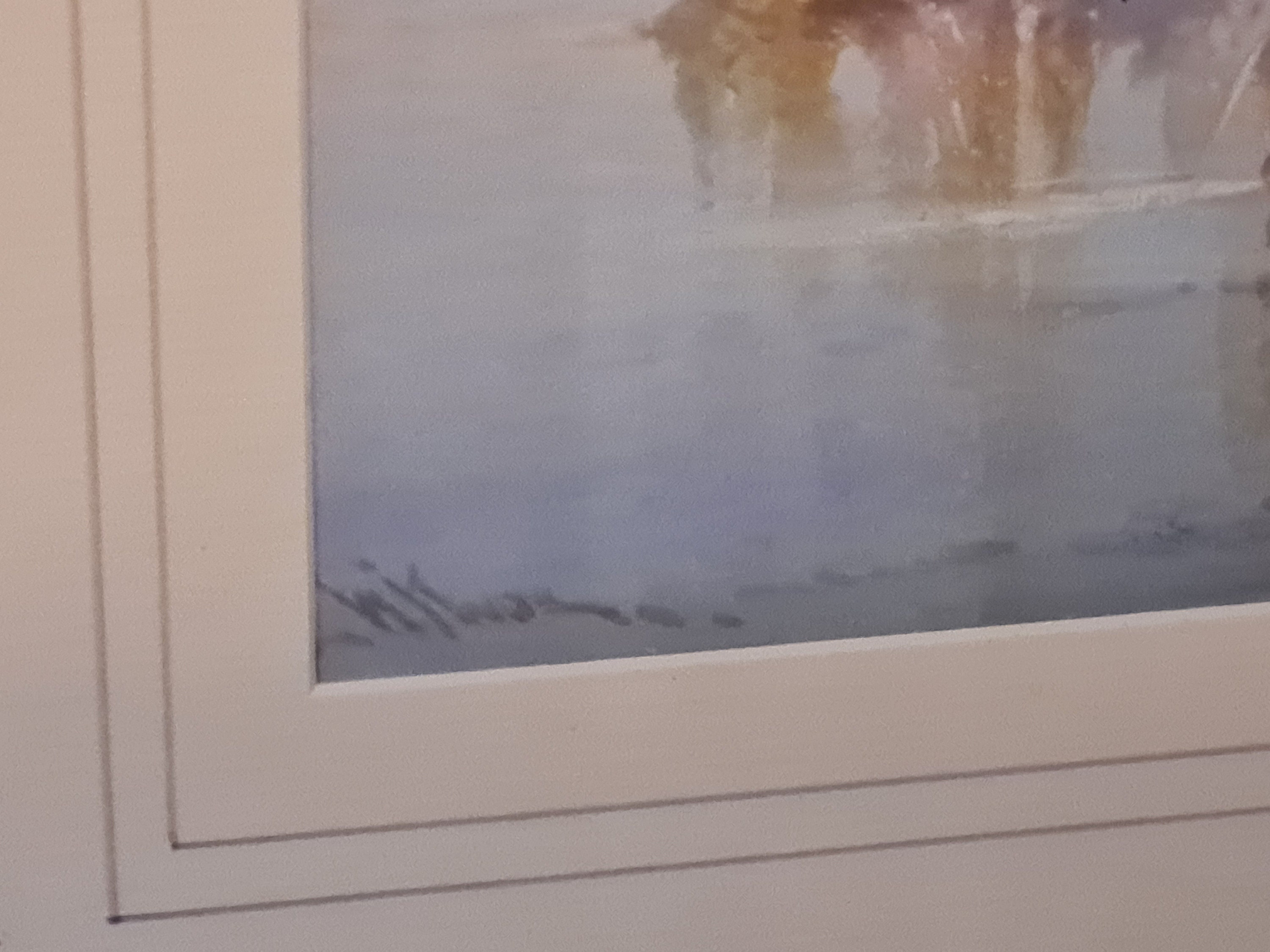 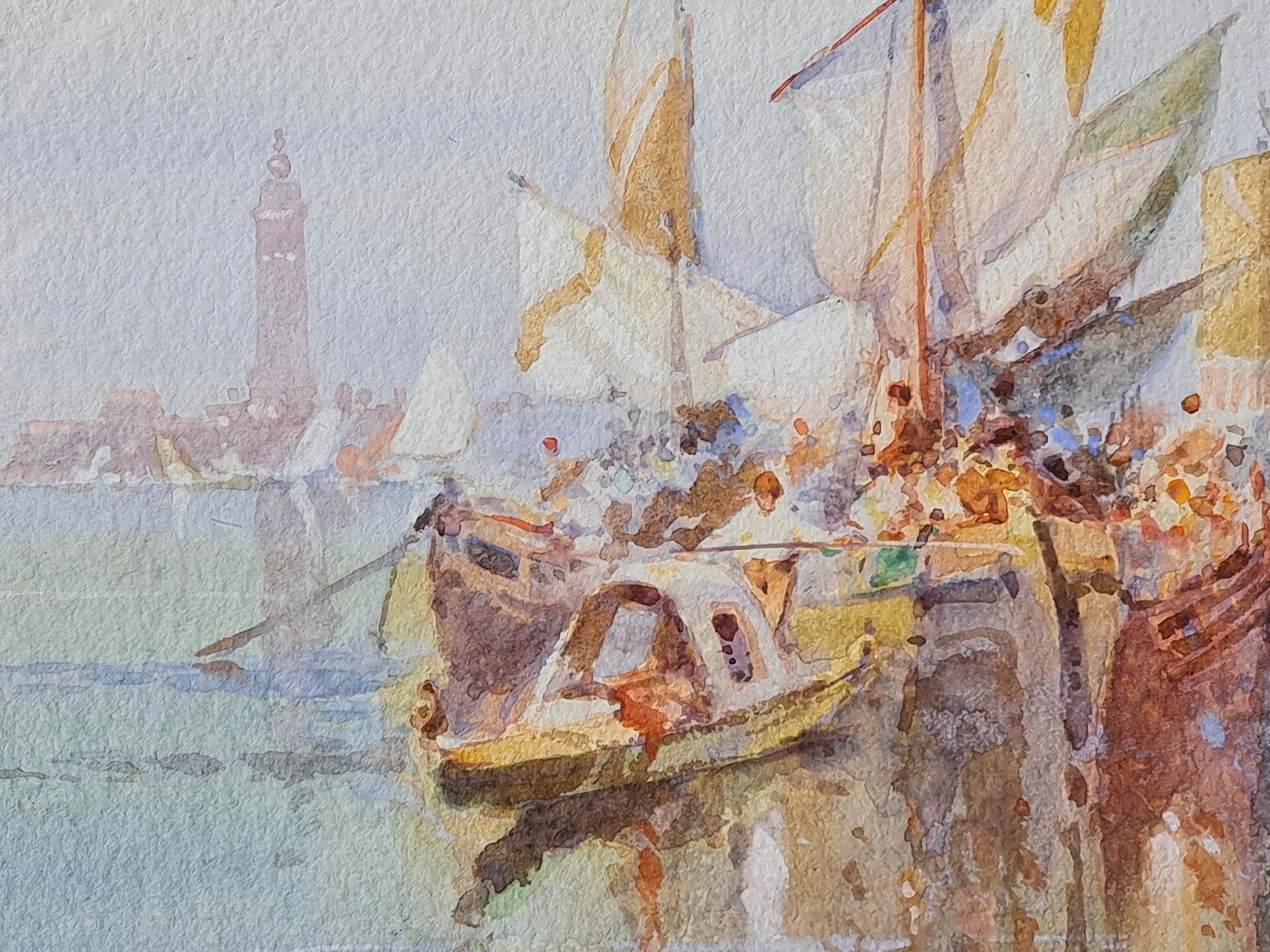 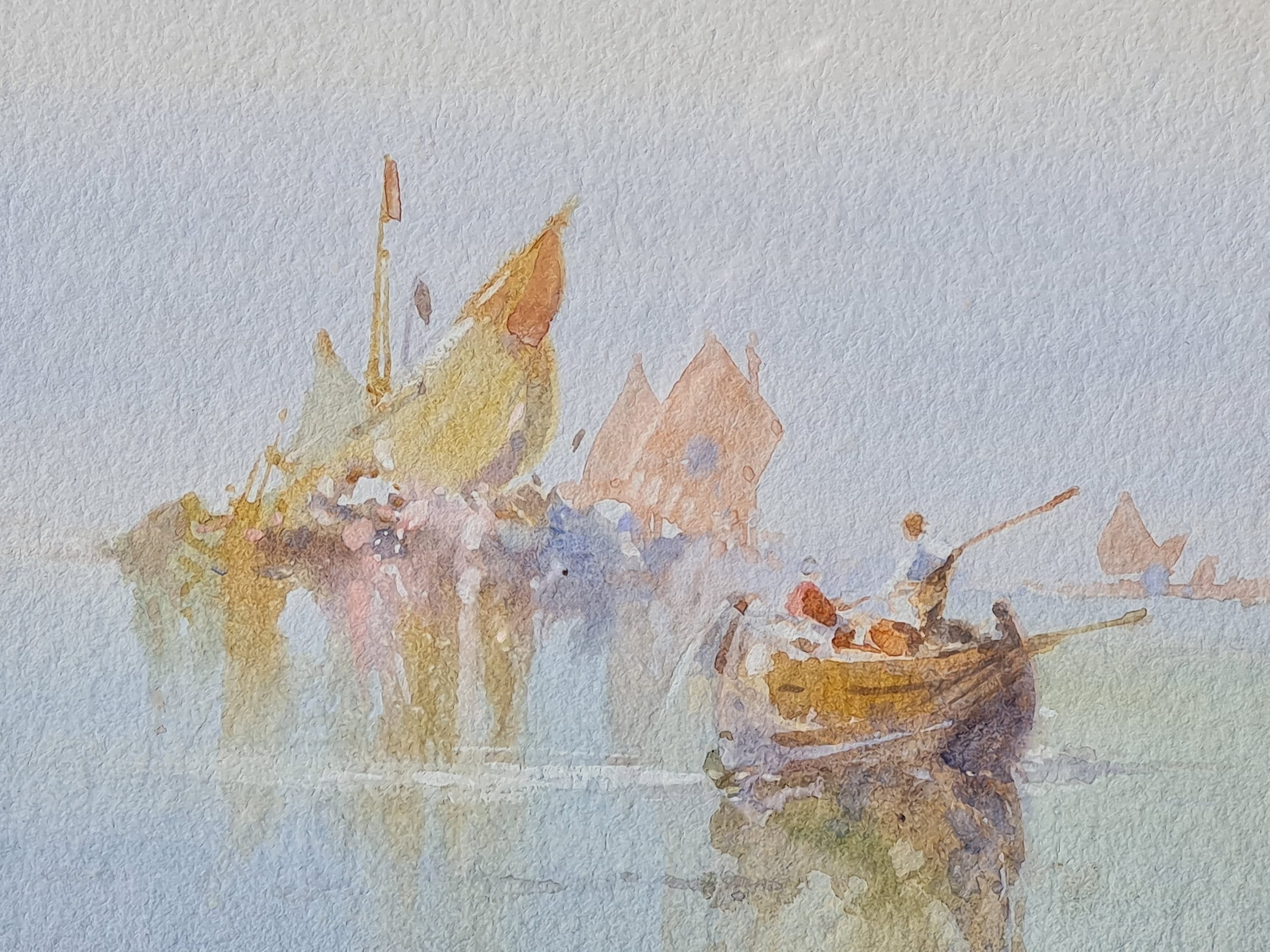 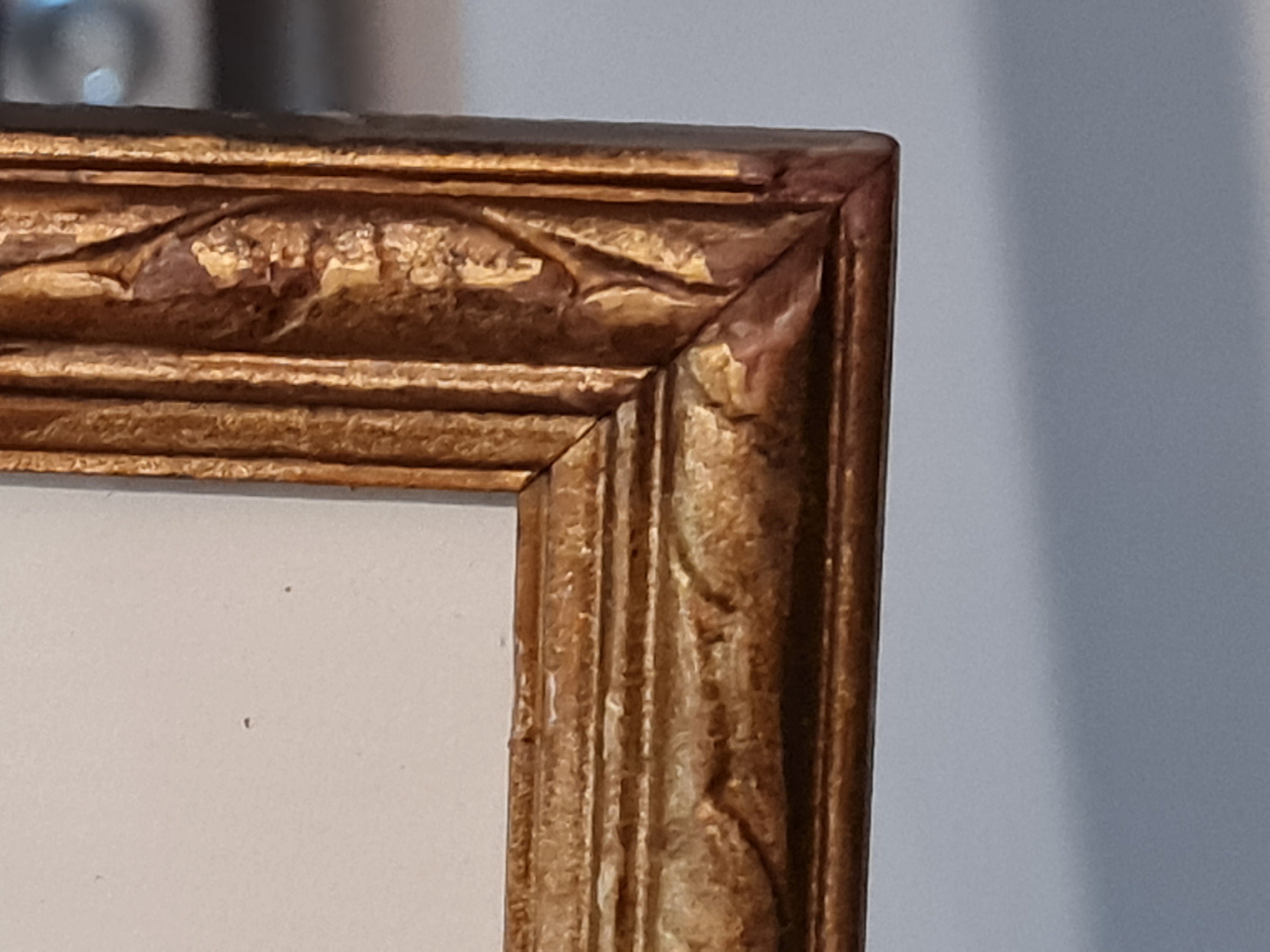 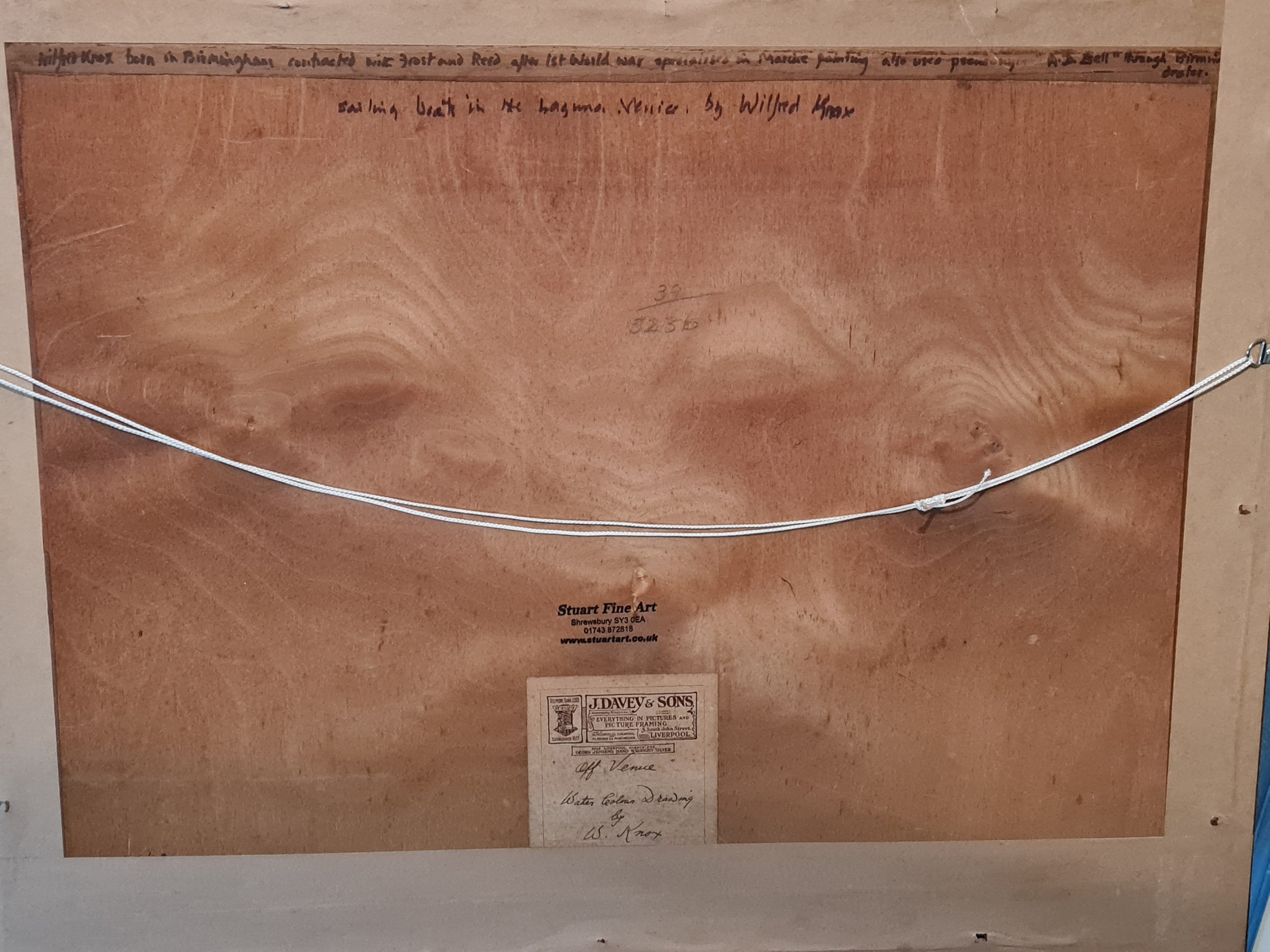 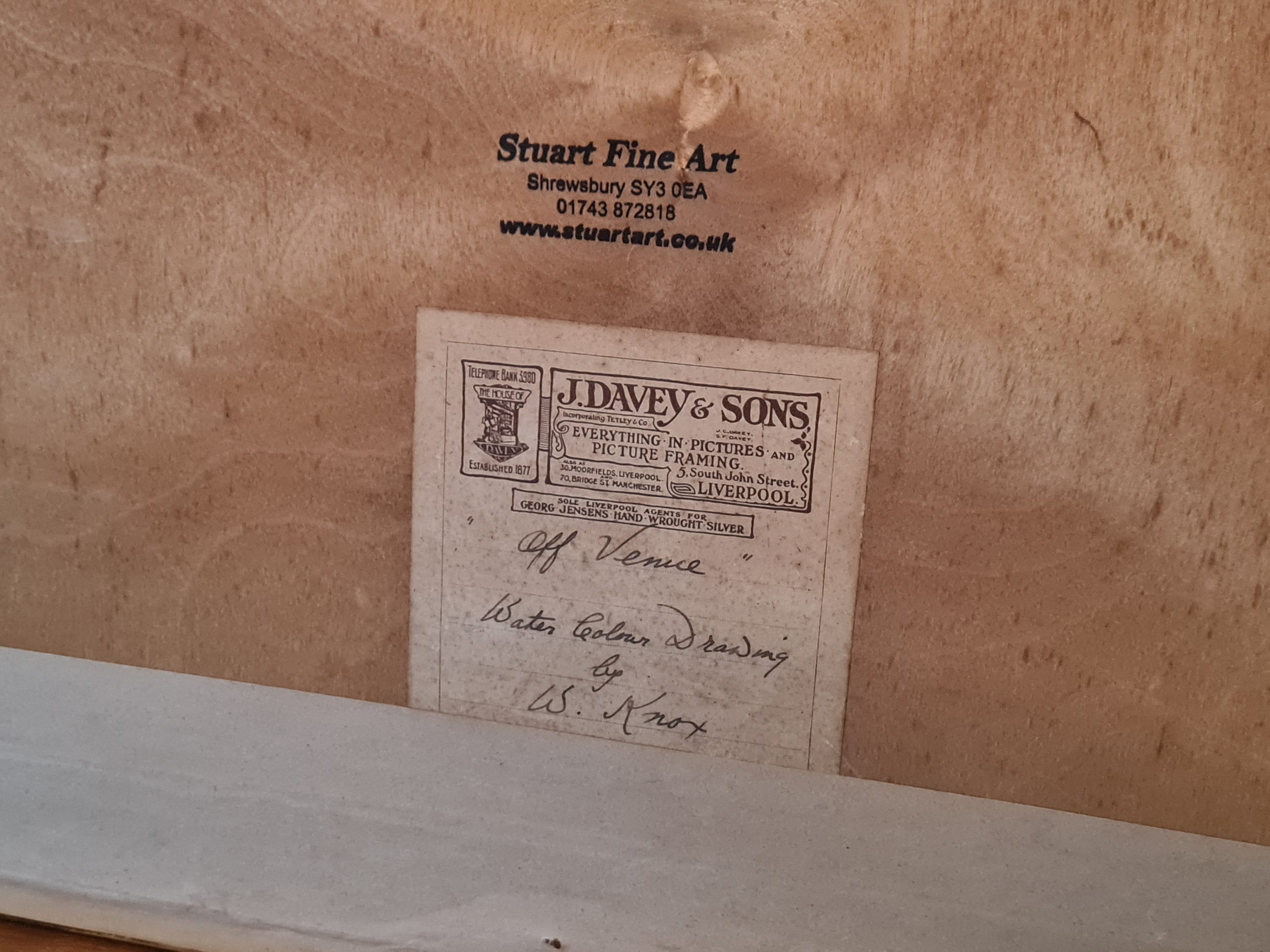 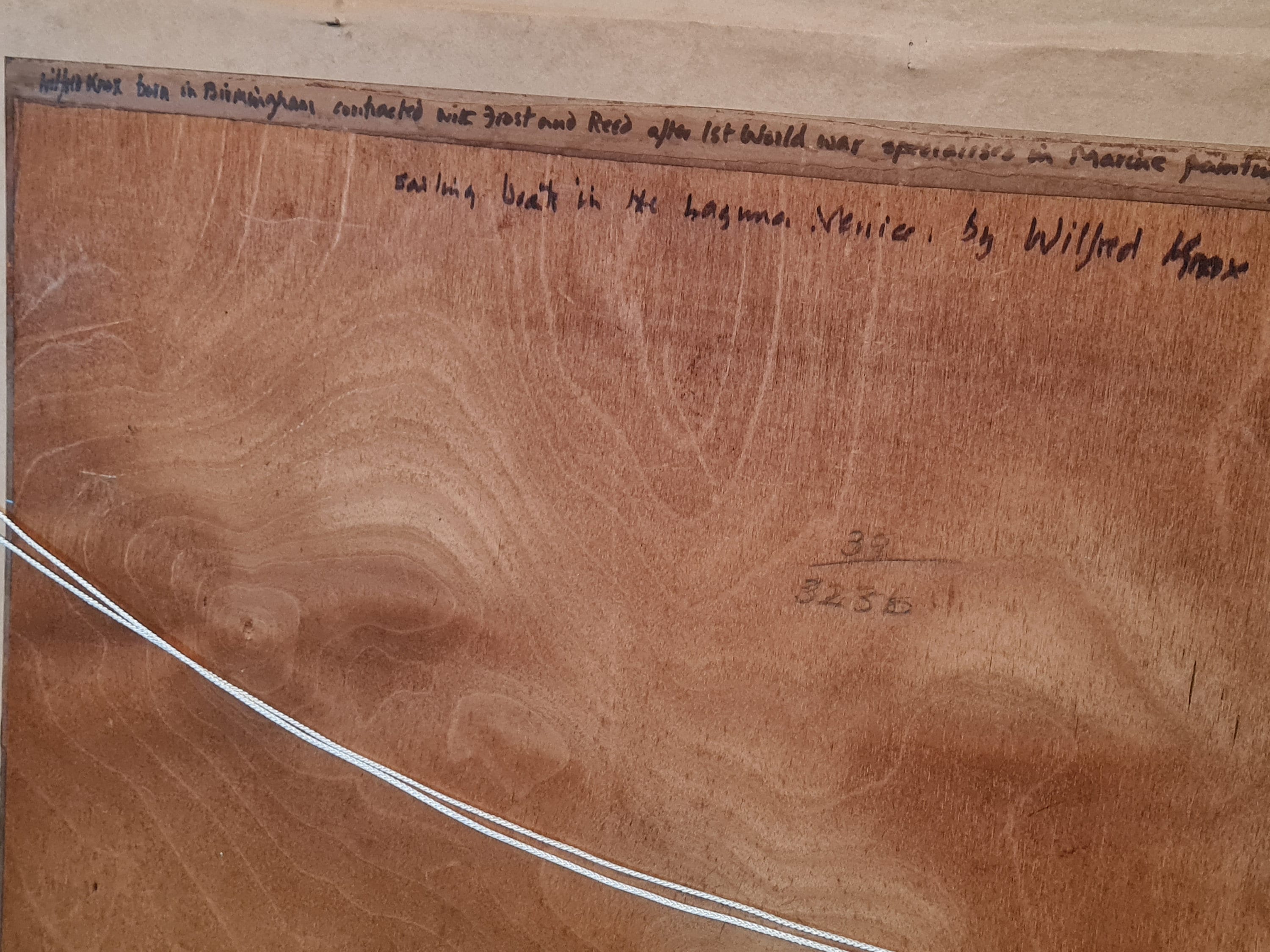 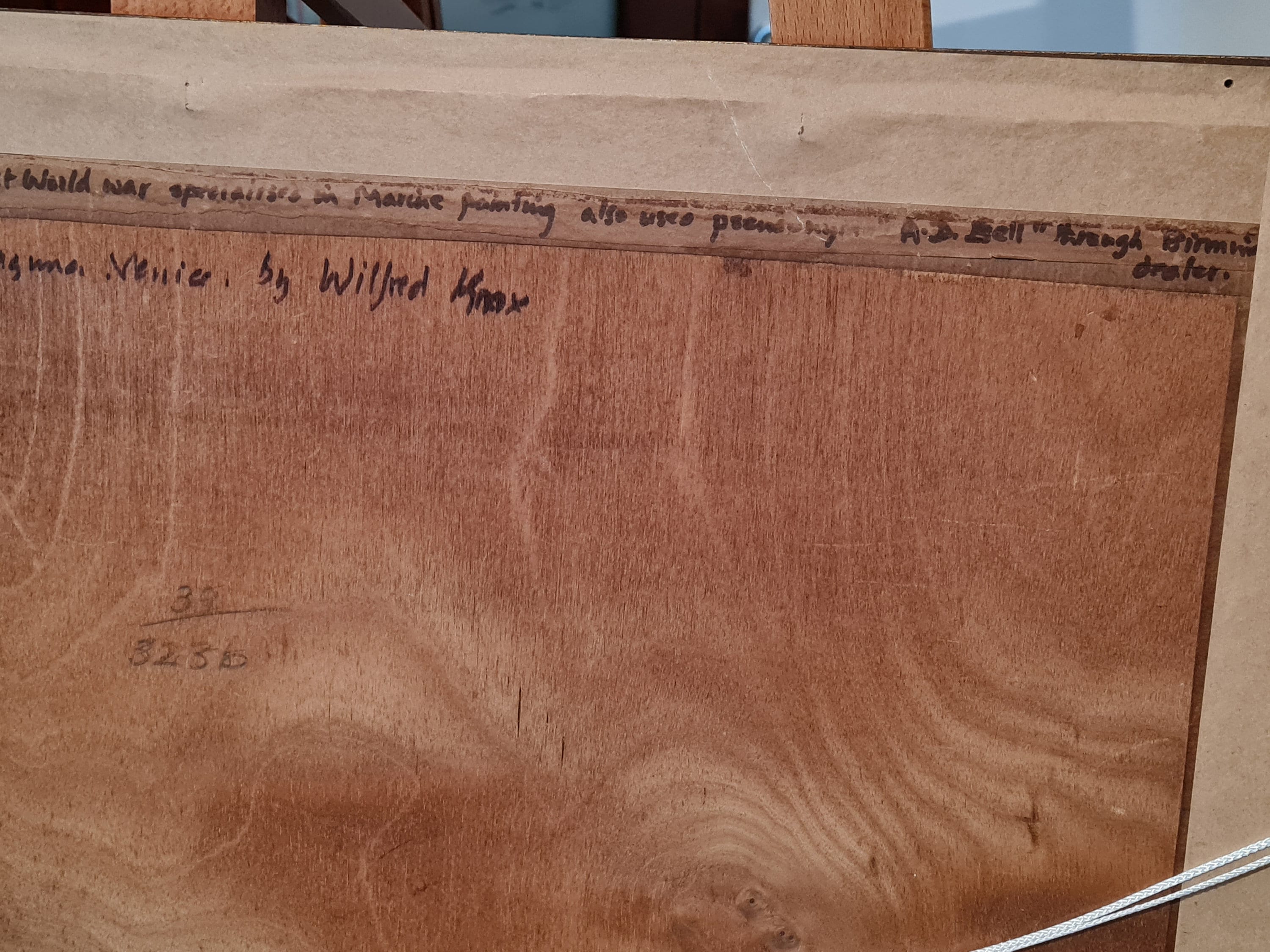 An Original Watercolour by Wilfred Knox (1884 – 1966) “Off Venice” – Sailing Boats in the Laguna, Venice. Signed and Framed.

The picture is titled "Off Venice” and shows one of his favourite subjects - boats in the Laguna, Venice. It is not dated but probably falls between the wars.

This is a great picture that will look good in any room by an artist that has become quite sought after.

The courier quote is for UK delivery but please do ask if you would like a quote for it to be sent internationally.

Wilfred Knox specialised in watercolour landscapes in a Turneresque manner, frequently of Venice and sometimes of Oriental scenes. He also painted clipper ships plying the North Atlantic trade in a more exact manner.

Knox began his working life as a Policeman in Durham and a Sergeant Mechanic on Blackburn B2 bombers in the first World War. After the War he took up painting.

Much of his early work used the pseudonym A.D.Bell - and studies of flowers for the family used 'Yvonne'. He also used R.McGregor and W.McGregor.

Messrs Frost and Reed of Bristol acted as his agents, selling many of his works in the USA. He also painted many Scottish highland scenes in oils.